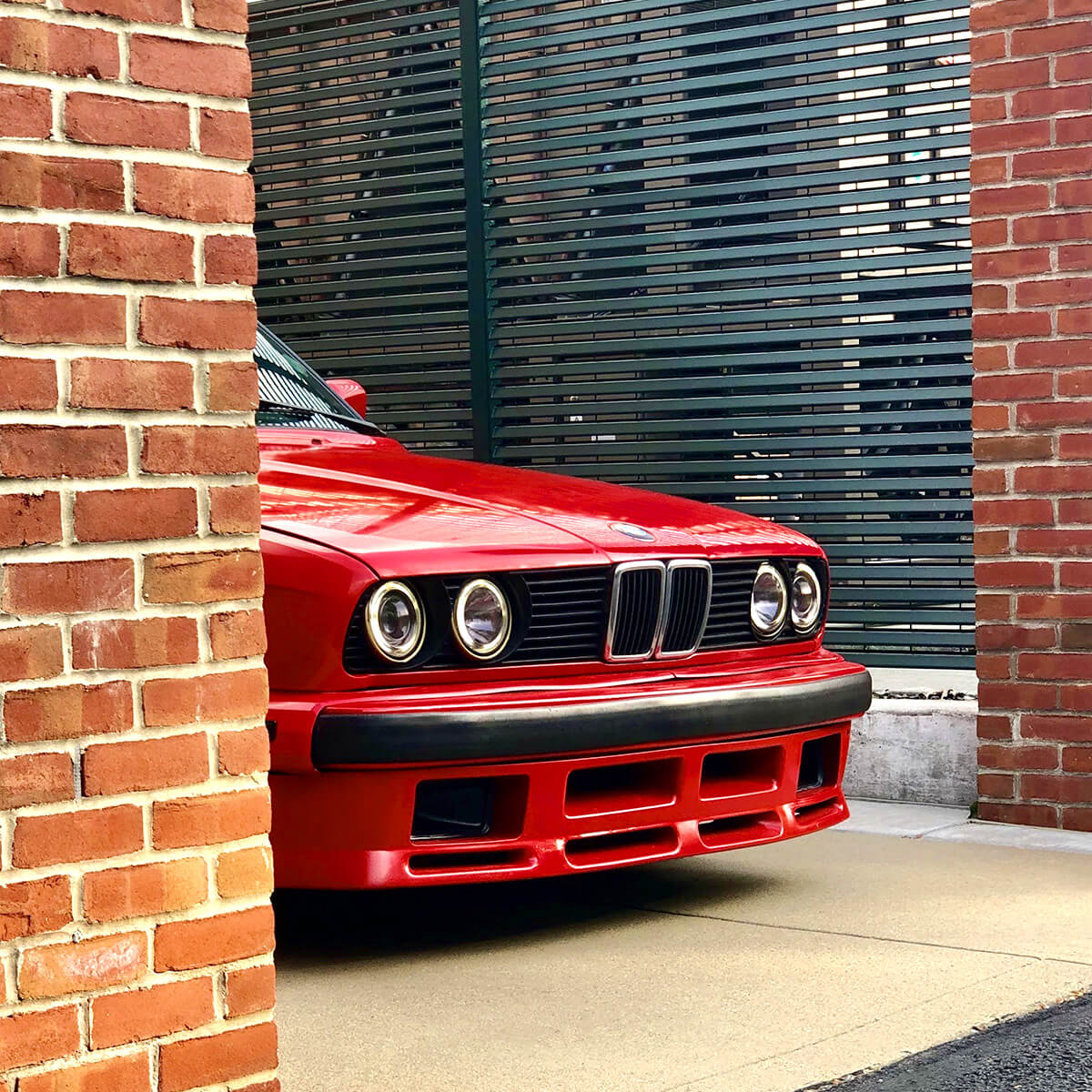 The BMW 3 Series is one of the models known by both car enthusiasts and ordinary drivers all over the world. The brand’s best-selling model, it also boasts a huge range of awards and nominations and impressive production run – in a few years, the 3 Series will reach a 50-year mark. The original version of the model E21 entered the market back in 1975 and was accepted very well. Though, the next gen brought a lot of novelties and significantly increased popularity of the car. 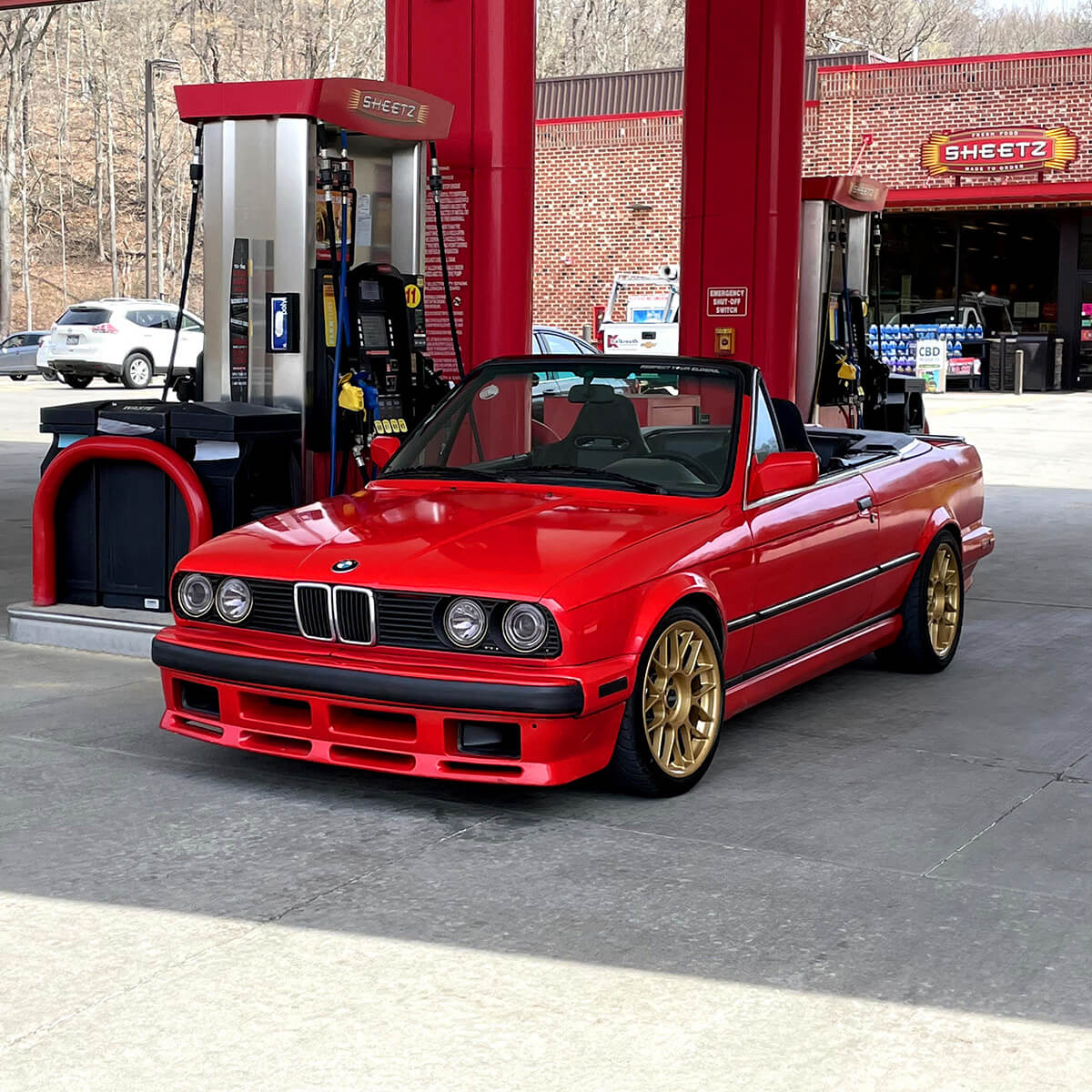 The second-gen 3 Series named the E30 introduced 4-door sedan, 2-door convertible and 5-door station wagon body styles, diesel engine option, and all-wheel drive layout. Besides, the model’s platform was so good that later it became a basis for the Z1 roadster and the first M3 model. The E30 did an excellent job and greatly increased the army of its followers – almost 2.5 million units were sold during the run, before the next generation named the E36 succeeded it in 1992.

Production ended 27 years ago, so it is very difficult to find an E30 that is still in good condition. However, Ian McConnell, from Pittsburgh, PA is one of the rare car enthusiasts able to keep this automotive masterpiece in top shape. It took a lot of time plus effort and many upgrades and modifications were made to the car, so now it is a real head-turner. Ian was kind and happy to tell us about his car and all of its highlights. 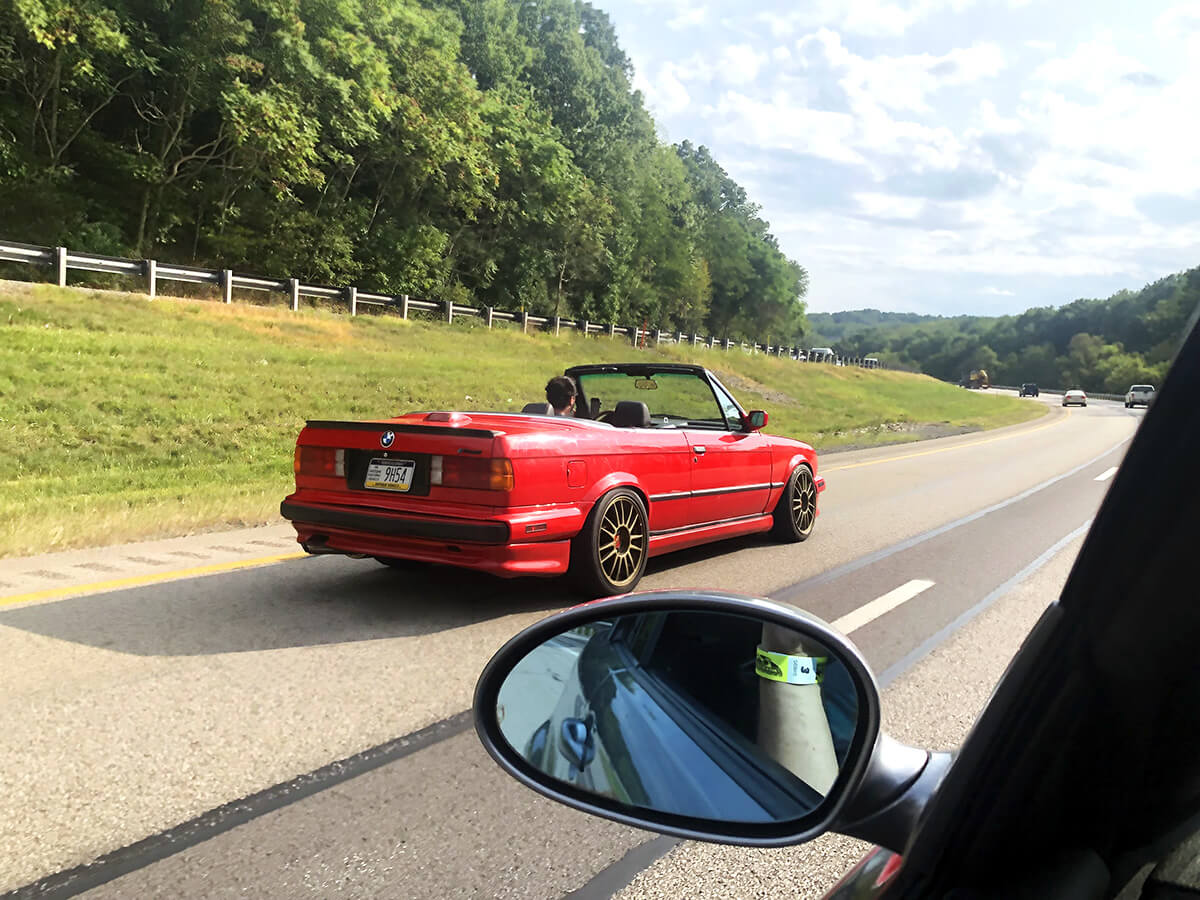 – Growing up I had a couple family friends and an uncle that always owned convertibles which I frequently got to ride in and really enjoyed.

– I grew up driving 80’s euro cars, mostly Volvo’s and Saab’s which always seemed a little less sporty than their BMW equivalents at the time. After buying a newer BMW 335i and driving it for several years, I had the itch for a more analog driving experience. I had recently bought a house that finally had a garage and several months later started looking for an e30. After looking for several months, the perfect project car popped up about 35 minutes north and a friend and I went to go take a look. It looked like absolute trash but ran perfectly, even when I really thrashed it on the test drive trying to make sure it was solid. My goal of this build was to build one of the best analog driving experiences with some tasteful modern upgrades to enhance its usability without ruining the car but give it some modern conveniences. 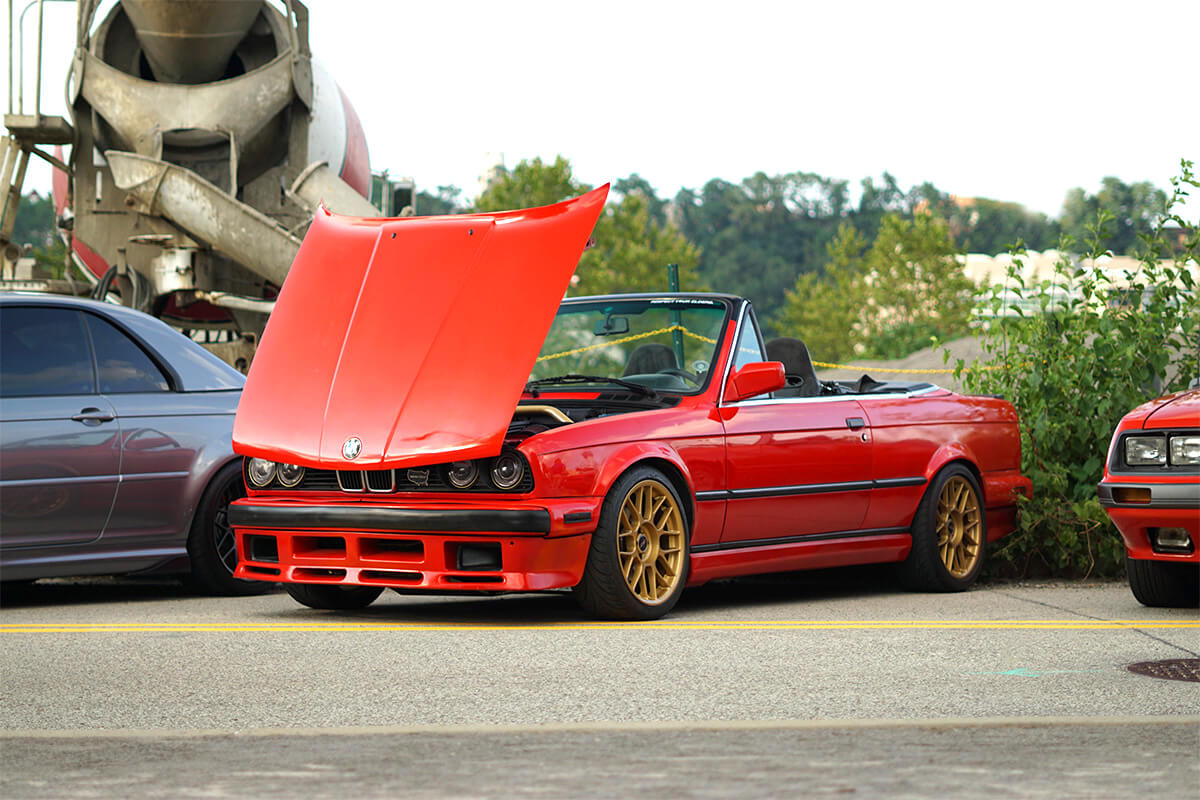 – This build has been a constant progression. The goal each year has been to have it on the road for the entire summer season and to take on a new project every winter. The goal the first year was really just to get it road-worthy, when I bought it there was literally expanding foam holding in the driver-side headlight.

Year 1: Get it road-worthy! Replace headlight brackets, restore trim, replace the windshield, replace the exhaust, upgrade wheels and tires, replace stereo and speakers, replace various trim panels that were broken or missing. Made some light body repairs to repair some cracked body filler. I also added the Turner Conforti chip which really woke it up. 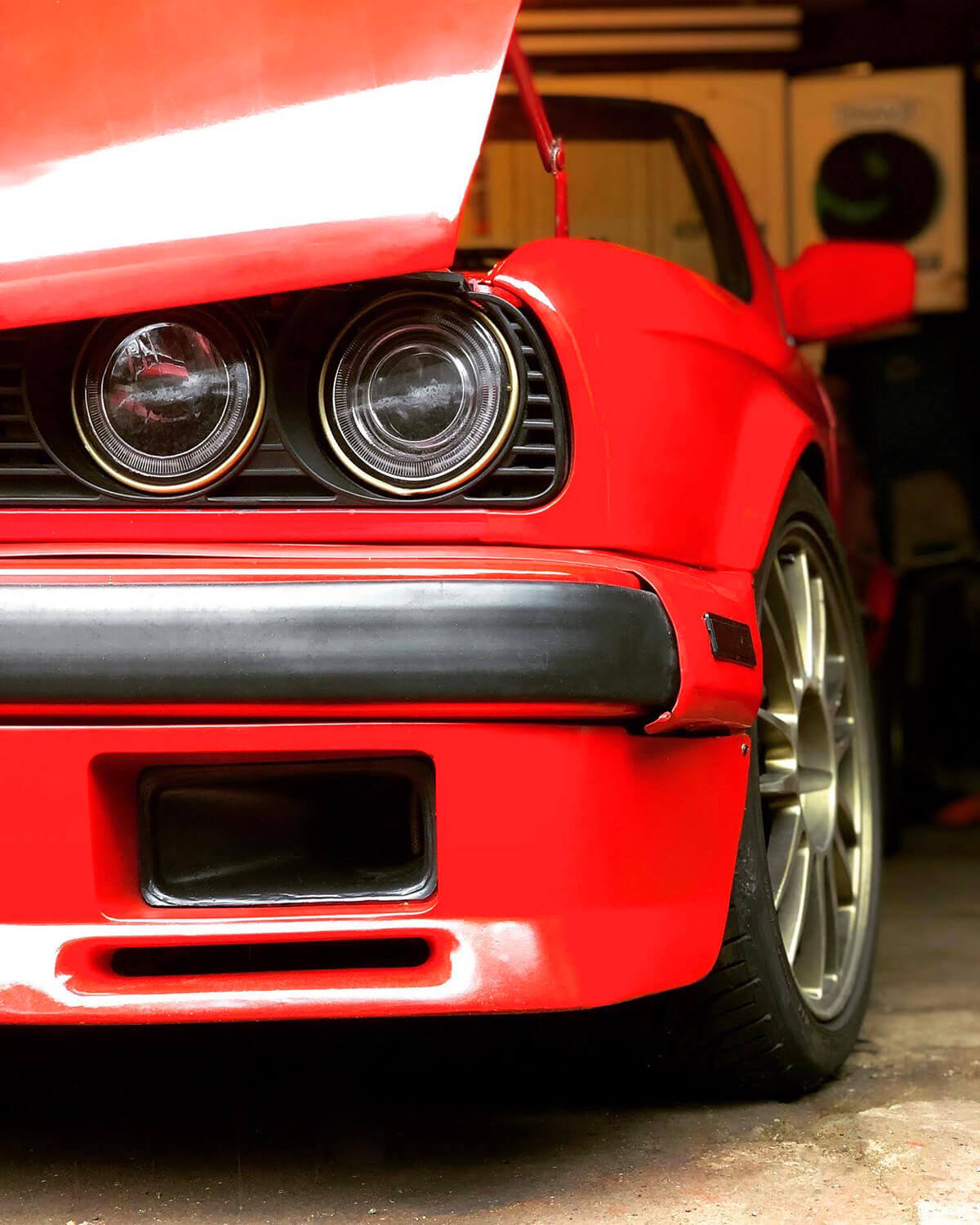 Year 2: Refreshed suspension with the H&R/Koni Setup and replaced some worn bushings, also cut out the rusted floor panels and welded in new steel. Restored the factory sport seats and redyed the carpet at this time as well. I also added a set of long tube headers that added some more oomph. 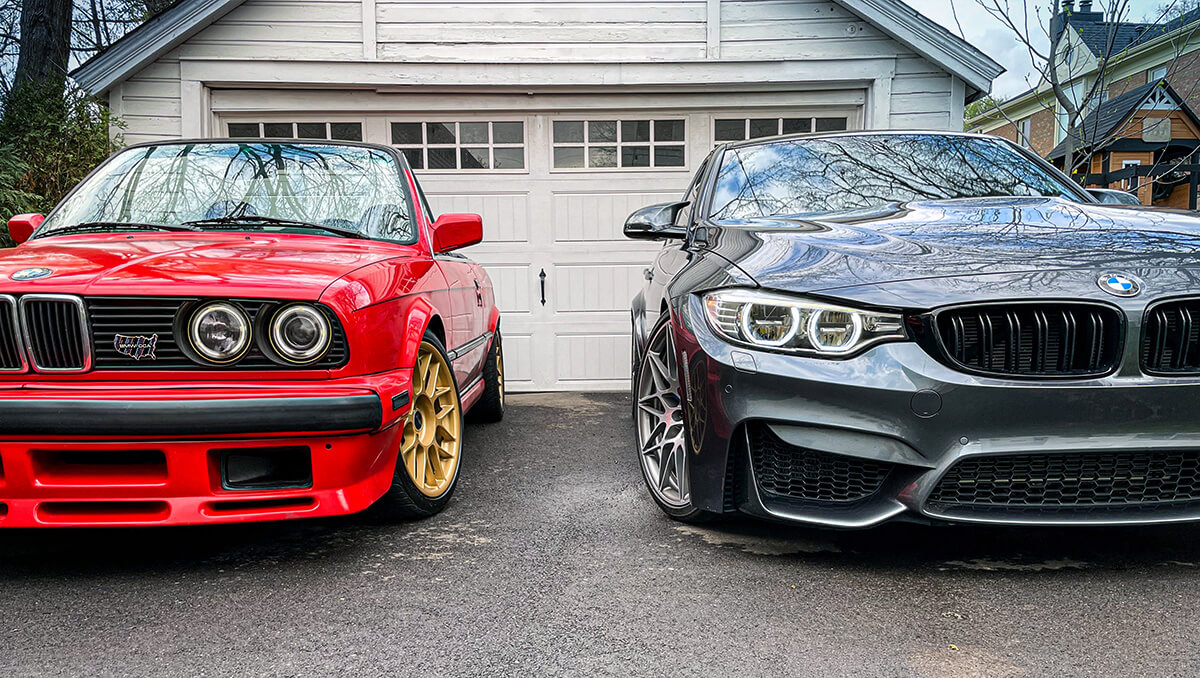 Year 3: At this point, I was fully in love with how this thing handled and its versatility, it was just as much fun to commute to work in as it was to take the family to get ice cream as it was at an auto-x or ripping on a backroad. There was a problem, it was just too slow by todays standards to do all of that. Turbo or swap, maybe supercharge? The factory motor was mostly healthy but had slightly lower compression in two cylinders so forced induction was not a smart option without a rebuild. My first BMW love was an E36 so it seemed natural to do a swap with the popular s52, but most were 200k mile engines that would also likely need a full rebuild to be reliable long term. I decided I would try and source the lowest miles motor I could find for the swap so that I had the best chance at long-term reliability. Do it once! 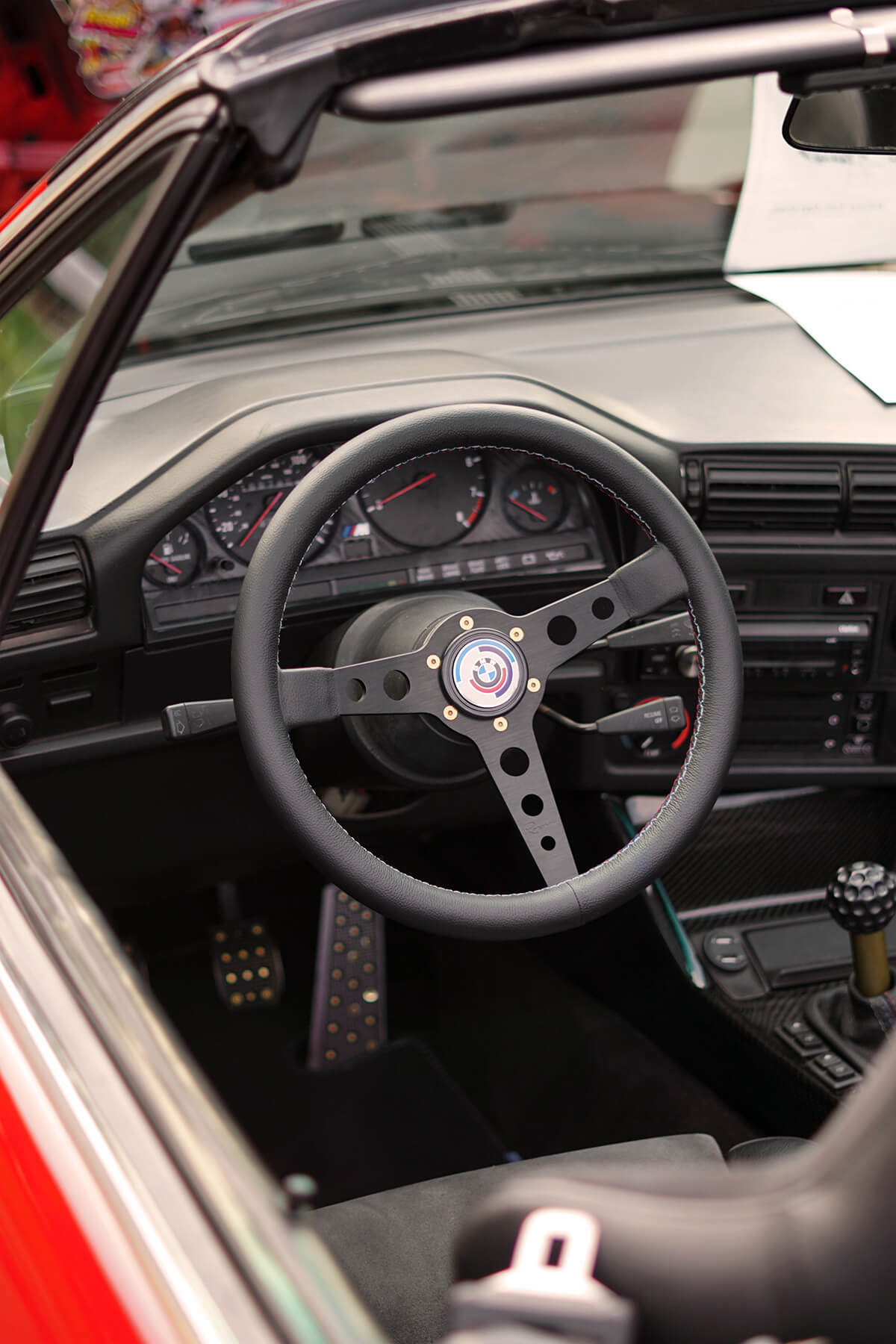 At this point, I reinforced the front subframe, and replaced every remaining thing in the front end, bushings, control arms, steering rack etc… Might as well clean things up and respray the engine bay while its out, right?
Year 4: I tried my hand at some light bodywork and made a rust repair as well as resprayed the new hood and fender that needed to be replaced from the test drive. Wow, that takes a lot of time to get things even close to looking good, but it came out pretty well in the end. 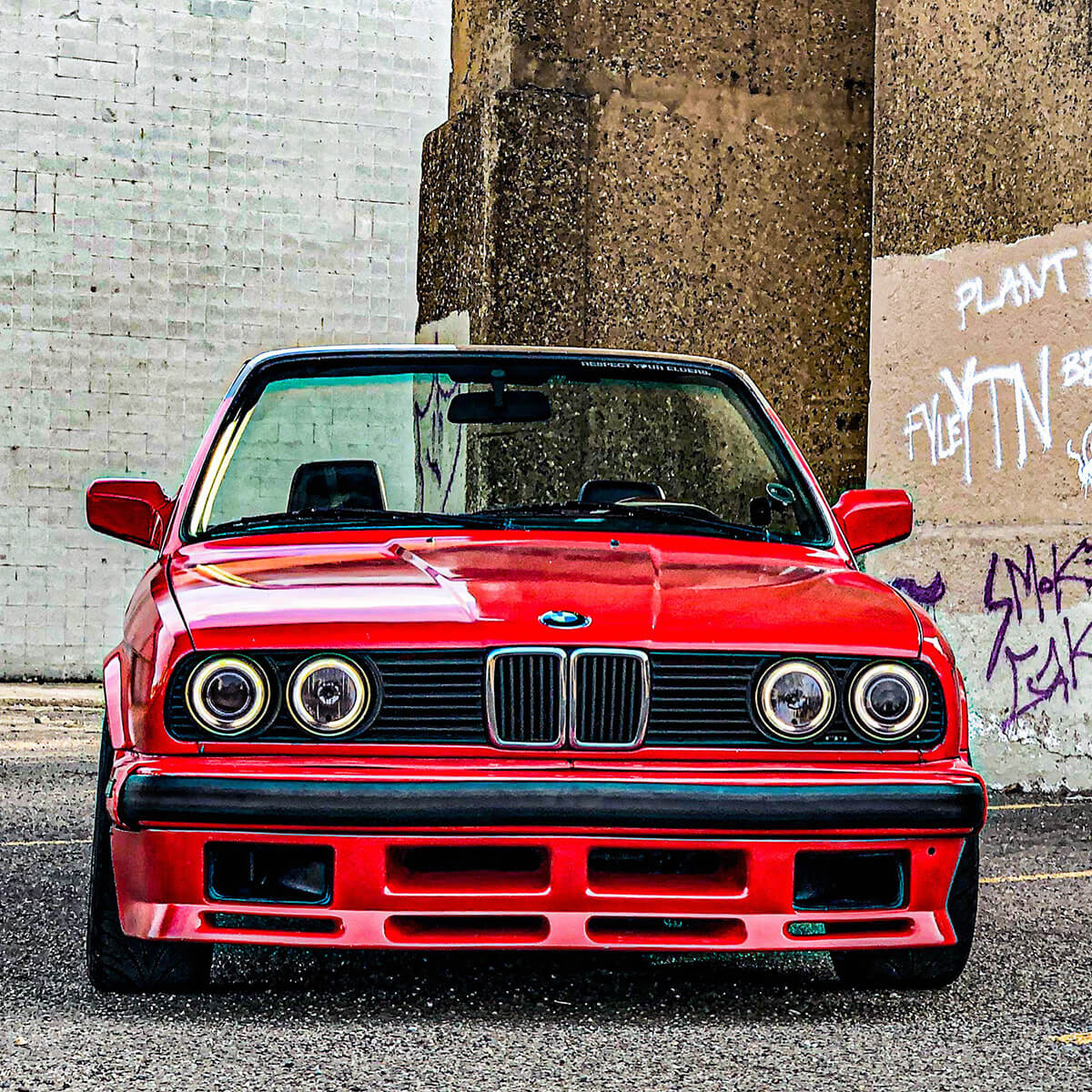 Year 5: Time to give the interior a full refresh and decided to get rid of the EVO 9 wheels that required adapters in favor of a 4×100 setup for more confidence in auto-xing the car and to chase down a small steering wheel shake on the highway. After months of searching every end of the internet for the perfect seats I found two New Old Stock Recaro Sport Toplines that were matching and for sale at the same time from different shops, what are the odds? I also decided that it needed I wanted to add some higher-end touches in the interior and pulled the trigger on having the carbon center console made as well. I also didn’t like how hot the Nardi Classic wheel I previously installed got sitting in the sun as well as how slippery it was when my hands were sweaty so I searched high and low for a leather replacement and landed with the Renown that I think fits the rest of the build ethos perfectly. 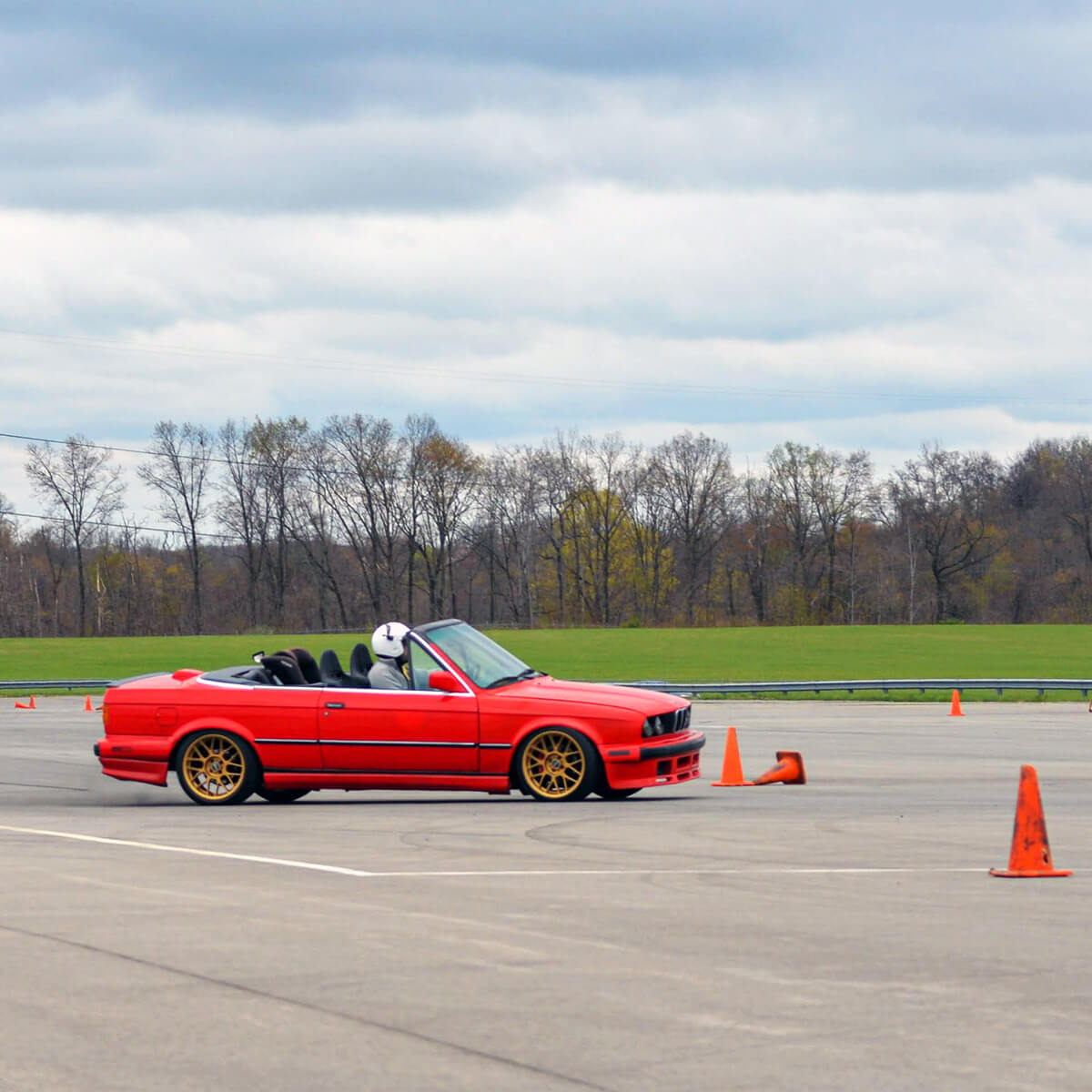 It spent the first 5 years of its life in Las Vegas, a luxury convertible in sin city in the 80’s90’s, I bet this thing has some stories!
It then spent 17 years in SC from 1993 to 1999, in 1997 it was stolen from South Carolina and recovered in Ohio, and then returned to its owner.
In 1999 it moved to Evans City, where PA graciously titled as an R-title because it was previously stolen. 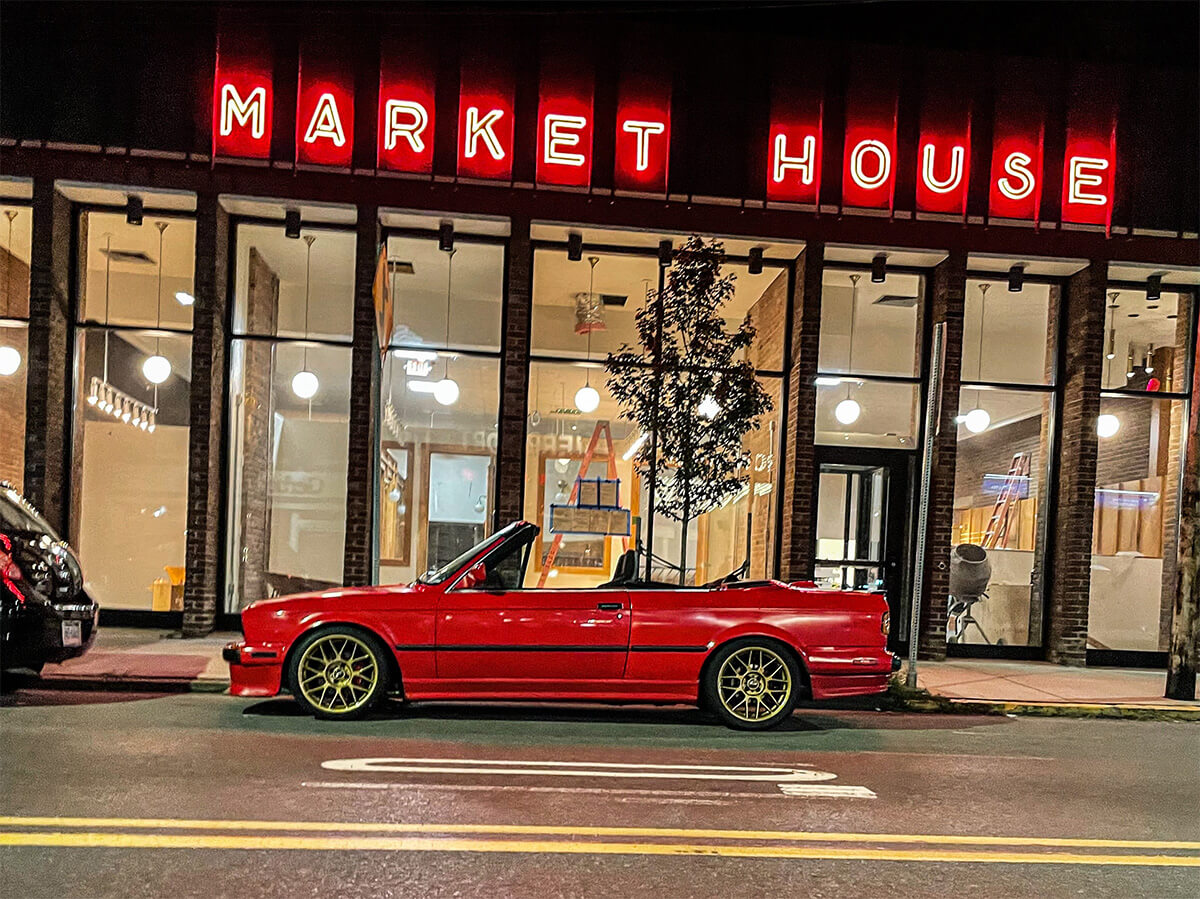 – The physical part of the swap went very smooth but for some reason it would crank but not fire. It took me several weeks of reading wiring diagrams for both the body and the engine to try and diagnose the issue, turns out no mistakes were made, there was an aftermarket alarm hidden up in the dash that was cutting the signal from to the ECU to turn on the ignition. Likely a result of being stolen in 1997 I am guessing. After that it fired right up and I was ready to start shaking it down within a couple of days. On the second test drive, something shorted out and I lost all electrical power going around a bend and put it into a guard rail because the steering locked at about 5mph when I tried to flick the ignition off and on. UGH! To make it worse, and man do I wish there was a video of this as it is almost unbelievable: The guard rail I hit had a mailbox beside it with a bee’s nest on it, so the bee’s were now upset and I got stung about 20 times on my right arm as I proceeded to break the drivers door handle trying to get out and had to climb out the window to get away from them. 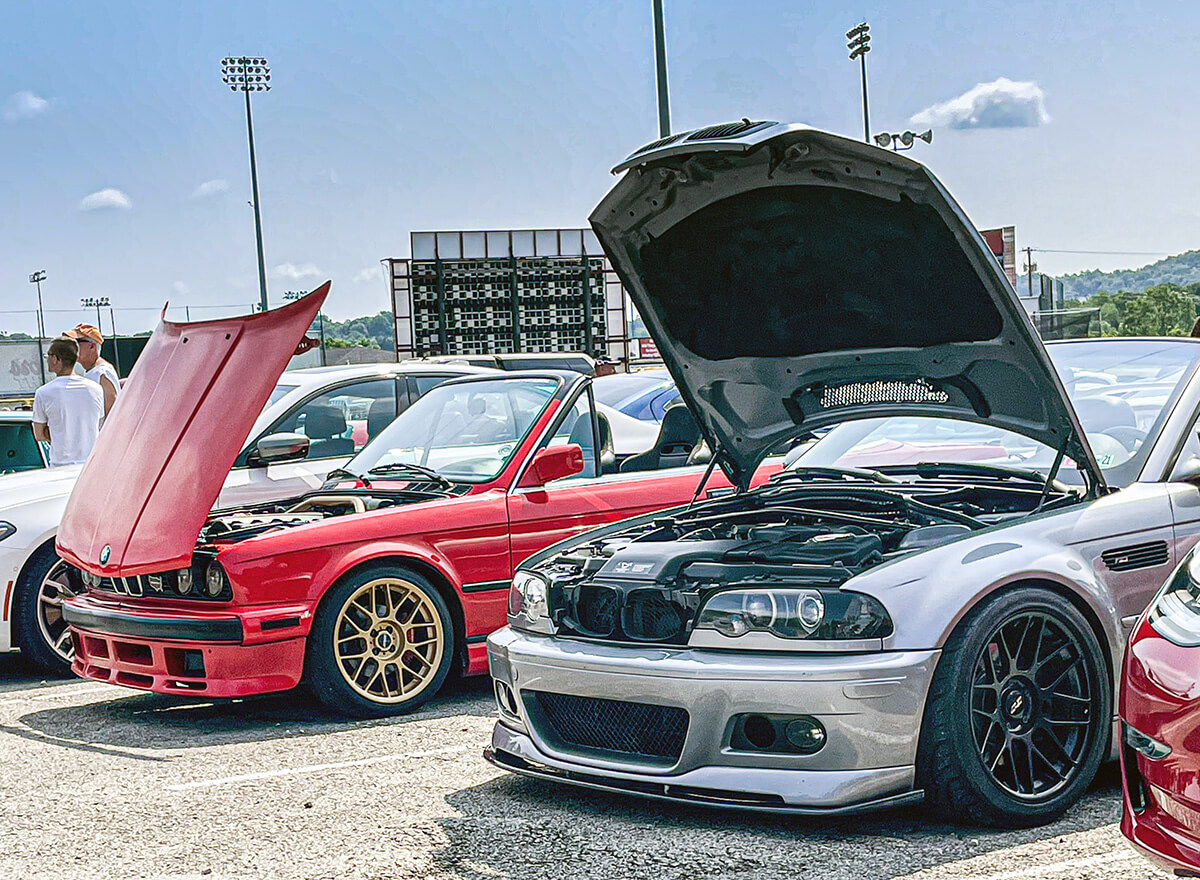 – The thing I love the absolute most about this car is it’s versatility. It is as much fun to take to an autocross or rip down a backroad as it is to throw the family in and take to get ice cream. It is not unusual for me to take it to a Cars and Coffee or an autocross and then out on a date night with the wife in the same day. It also gets more comments than any car I have ever owned. From fellow enthusiasts to sweet little old ladies it always attracts positive attention wherever I take it. 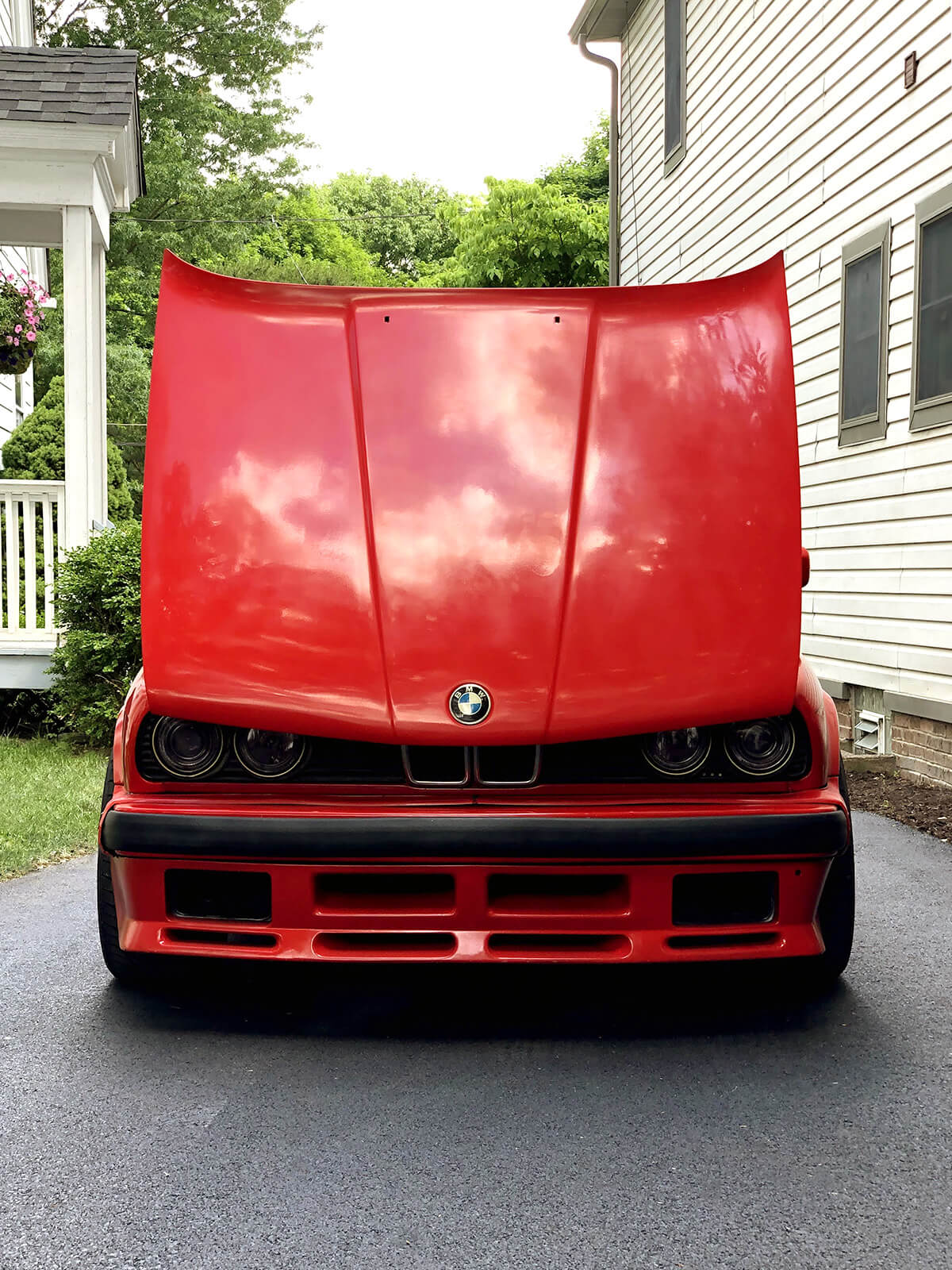 – It being a convertible and me living in Pittsburgh it is definitely more of a sunny day car. That being said, I built it to be able to handle daily duty and will regularly drive it on errands, to the office or on road trips when the weather cooperates.

– Nearly 100% of the time I am in this car the top is down. I also have a factory hard top that I usually put on in late fall for the last couple months of the season. 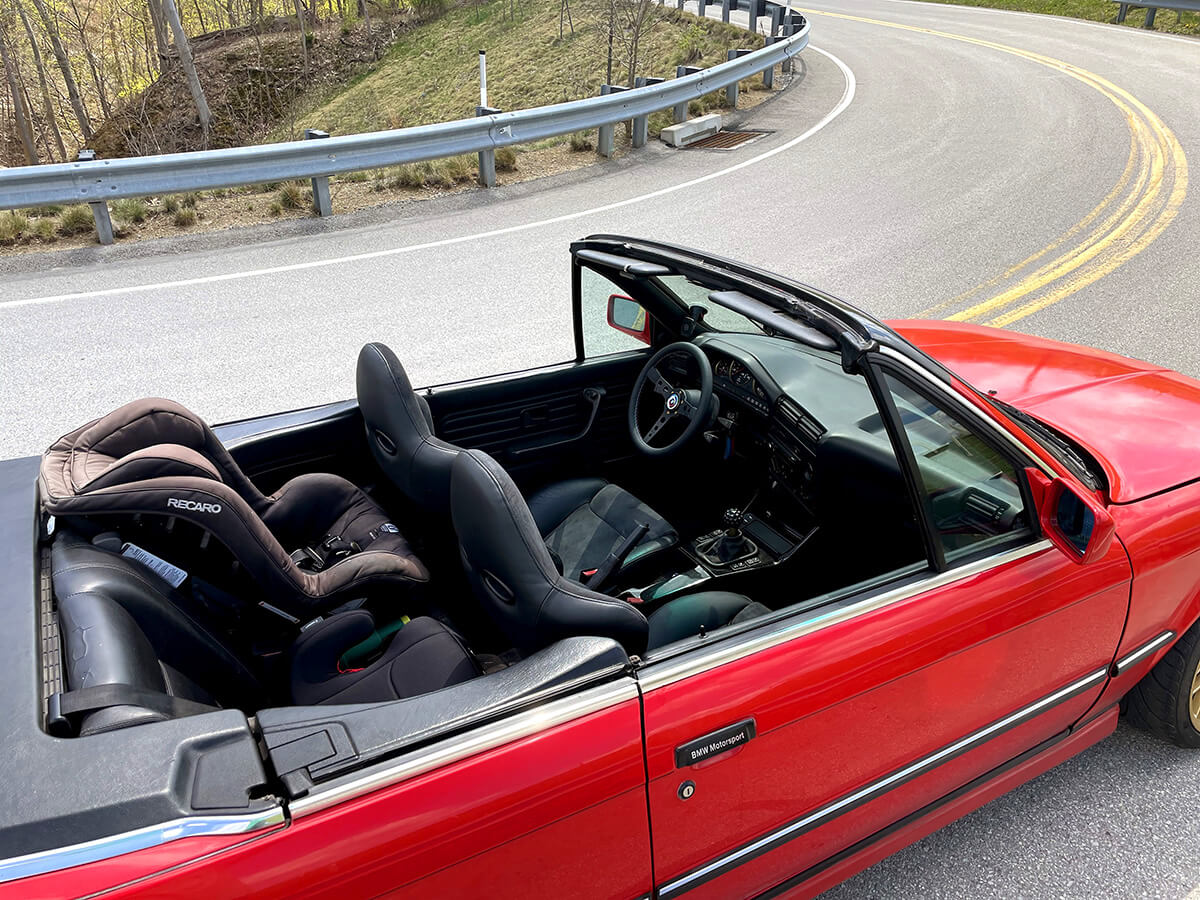 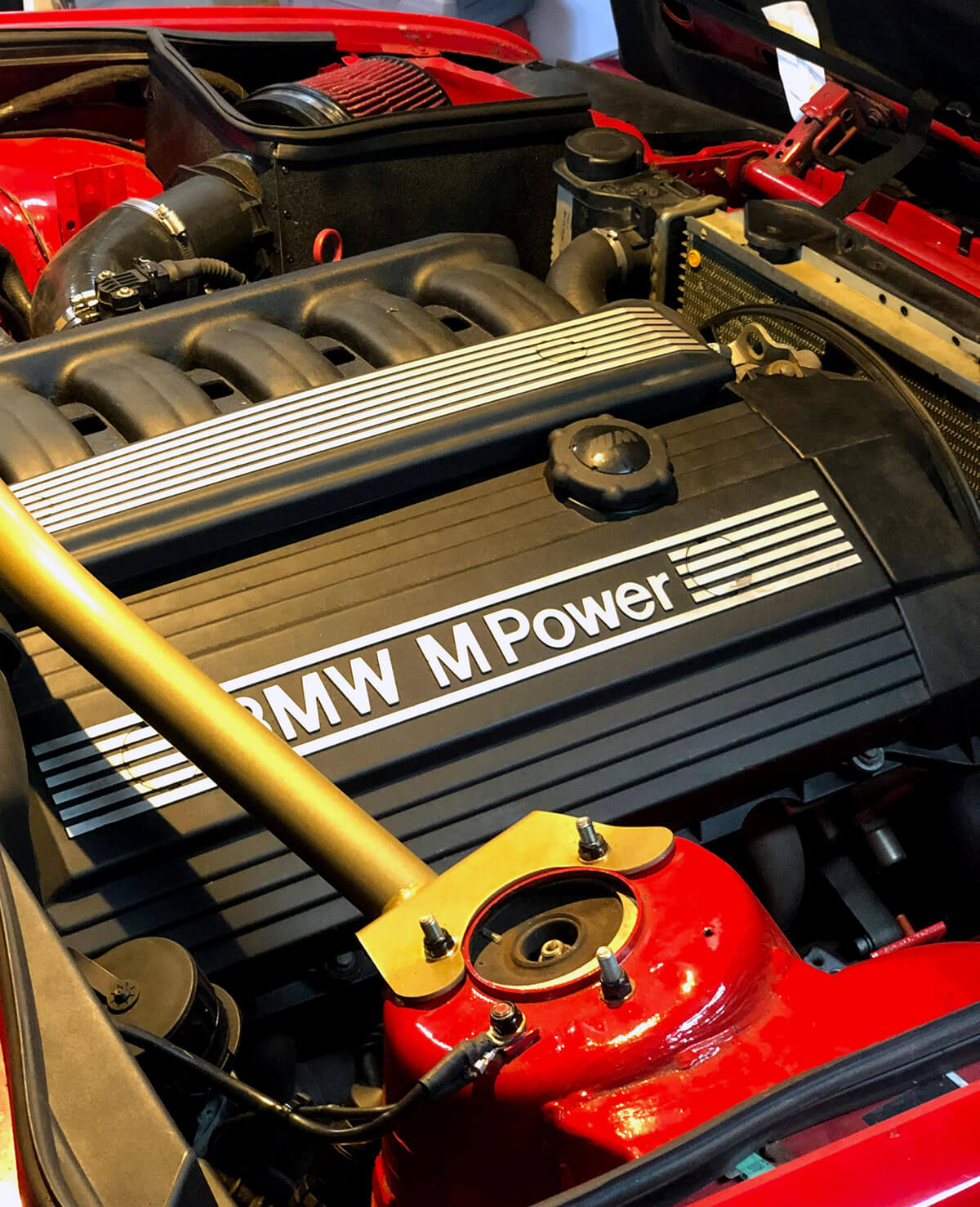 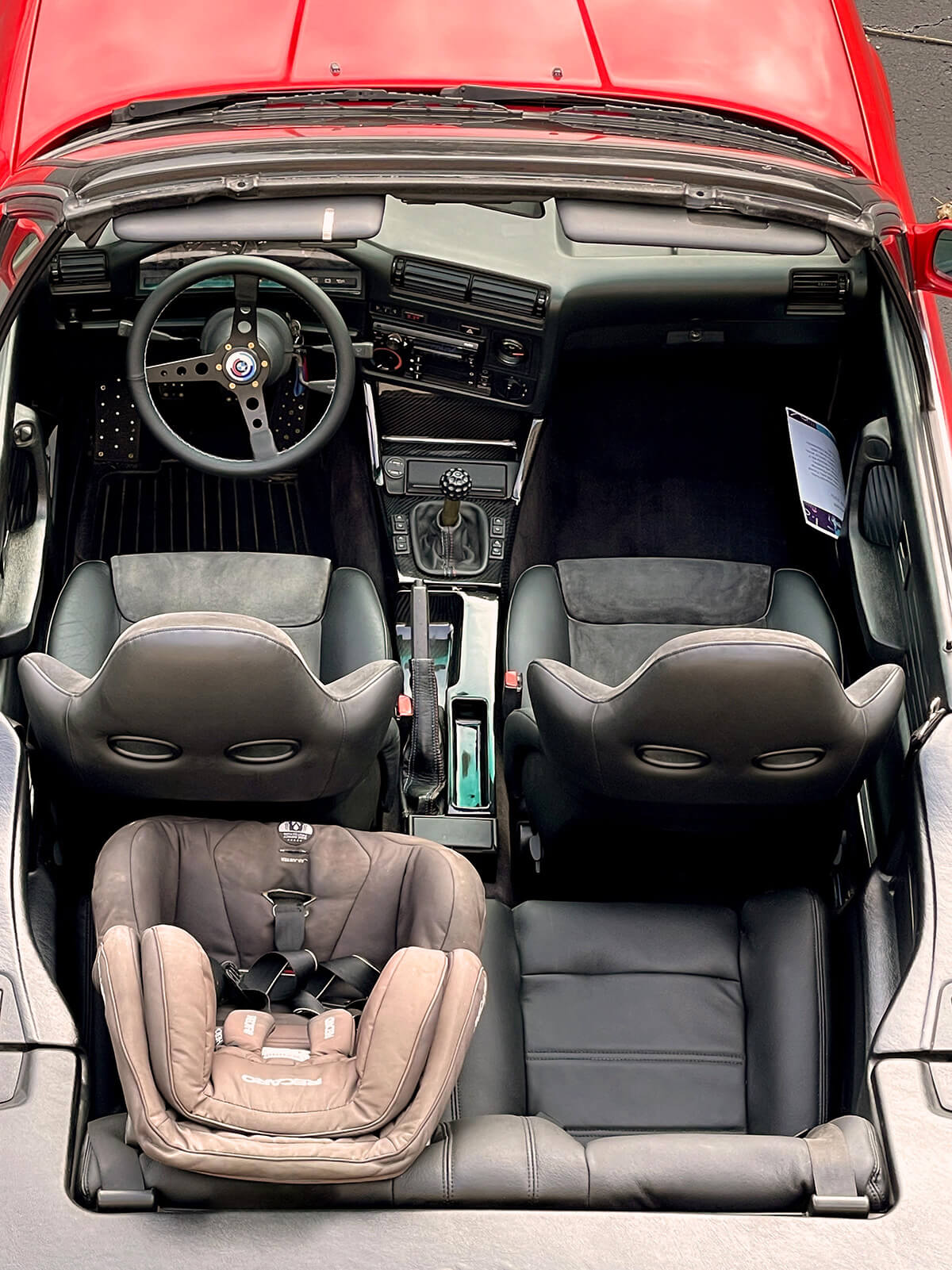 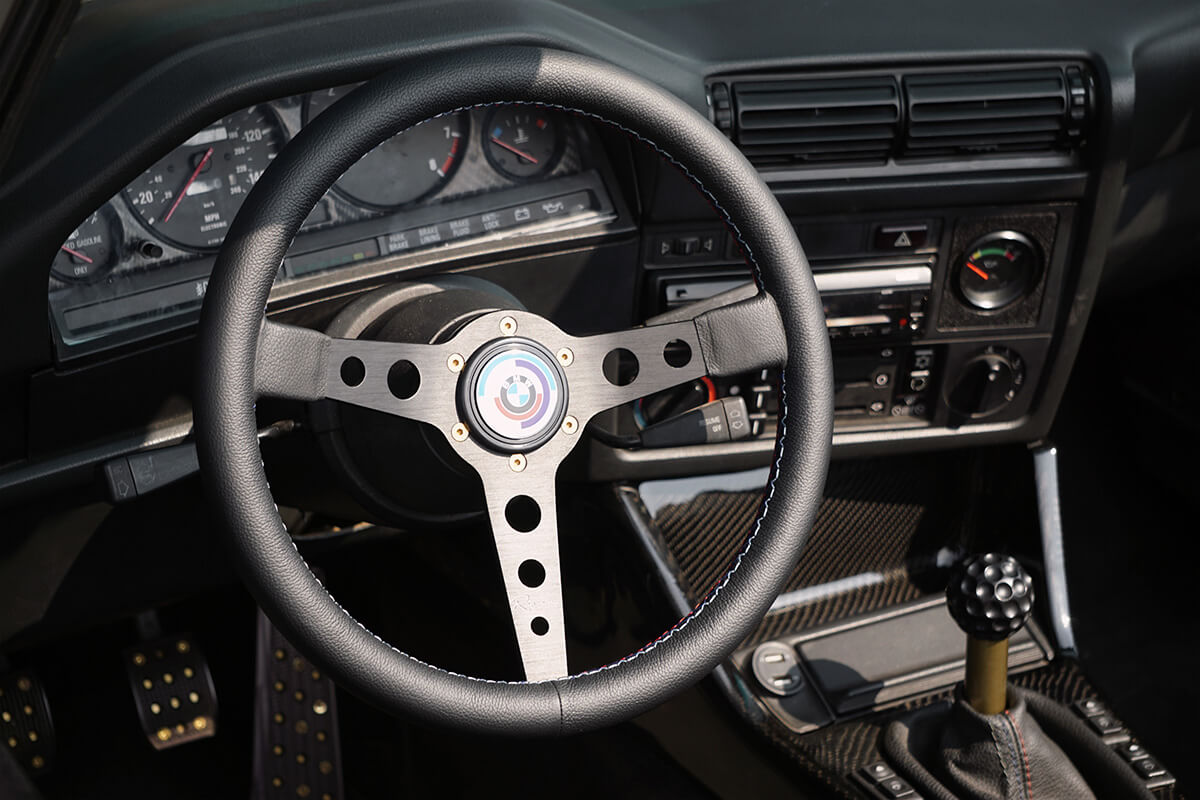 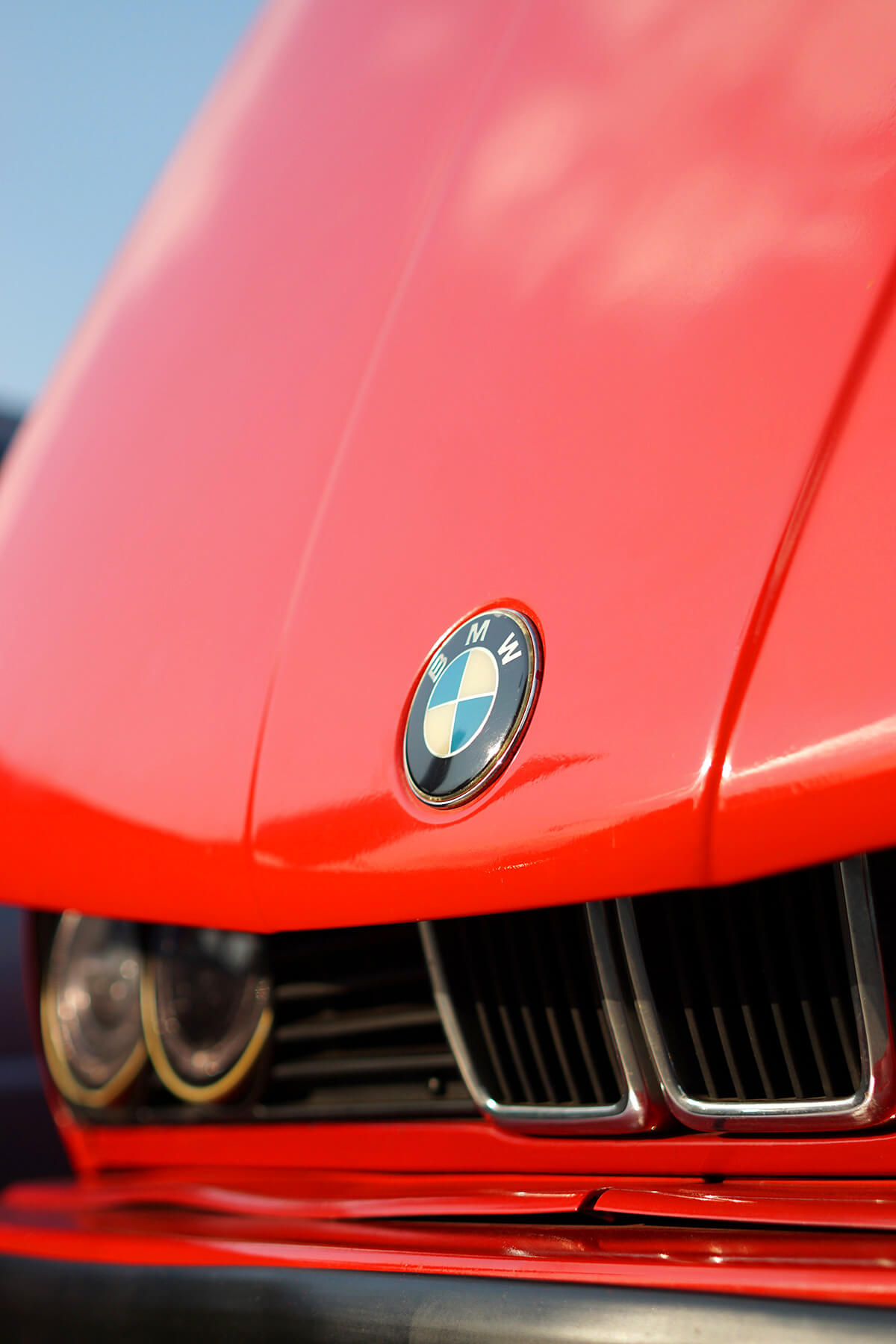 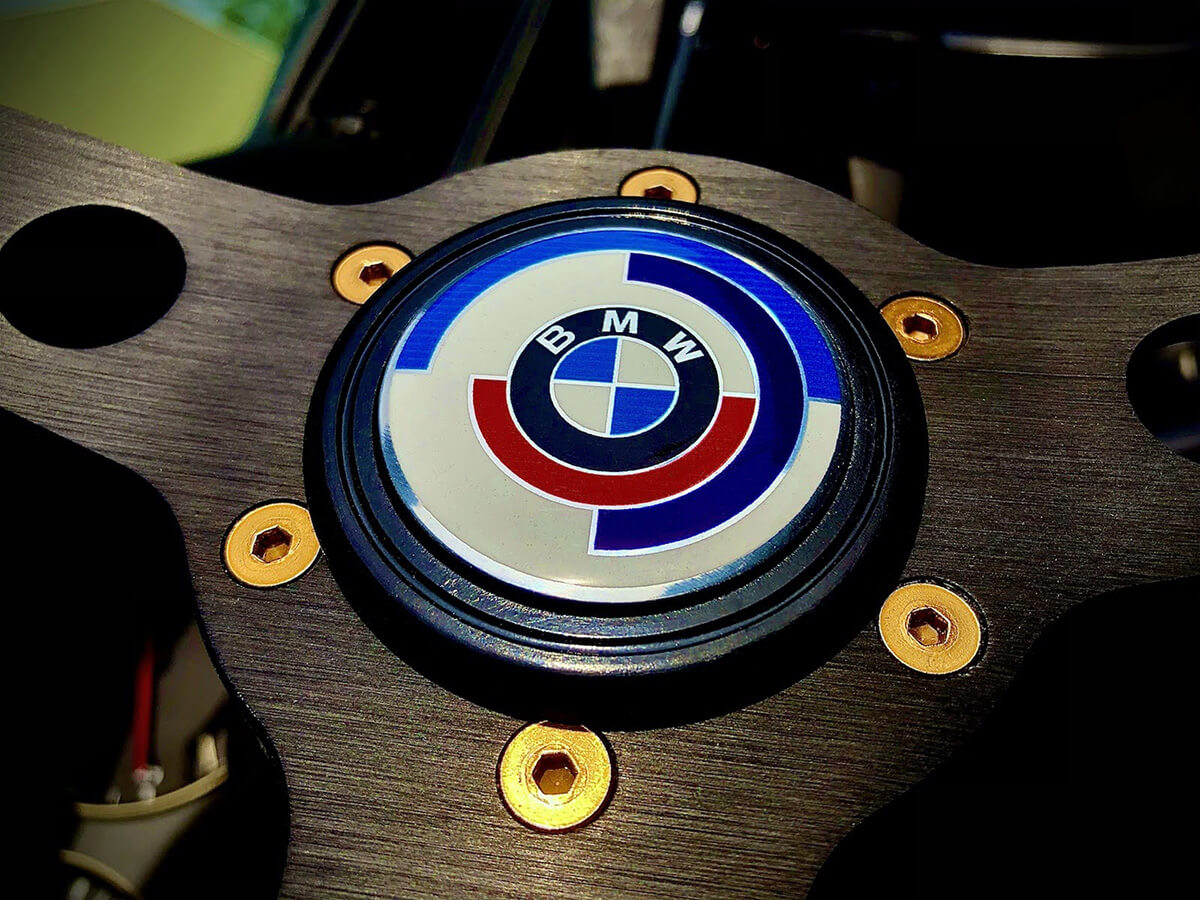 – I feel like I am almost done, having gone through everything several times. I would like to rebuild the rear subframe as it is the only part of the car that hasn’t been fully restored yet. I am on the fence about getting a professional paint job at some point, as I also quite enjoy some of the patina it has earned over the years. I may move to a full coilover setup at some point but haven’t decided on which setup will be better than my current setup yet. 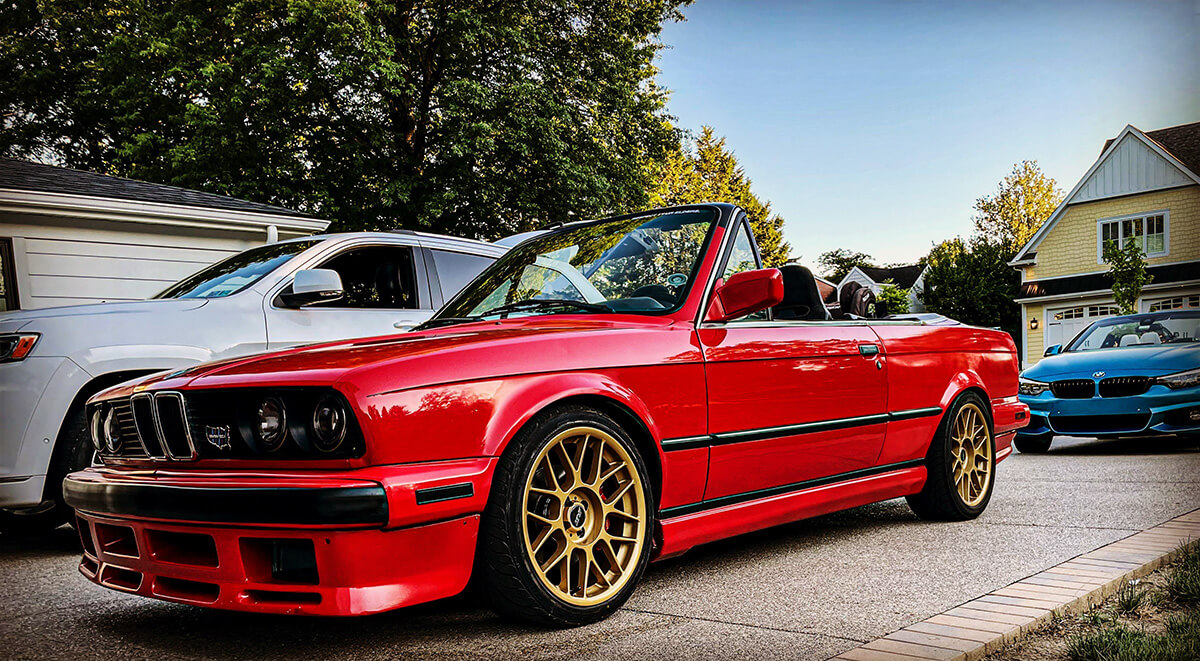 – There is not a much better experience than listening to a motor sing with the top down with some close friends or family in the car. 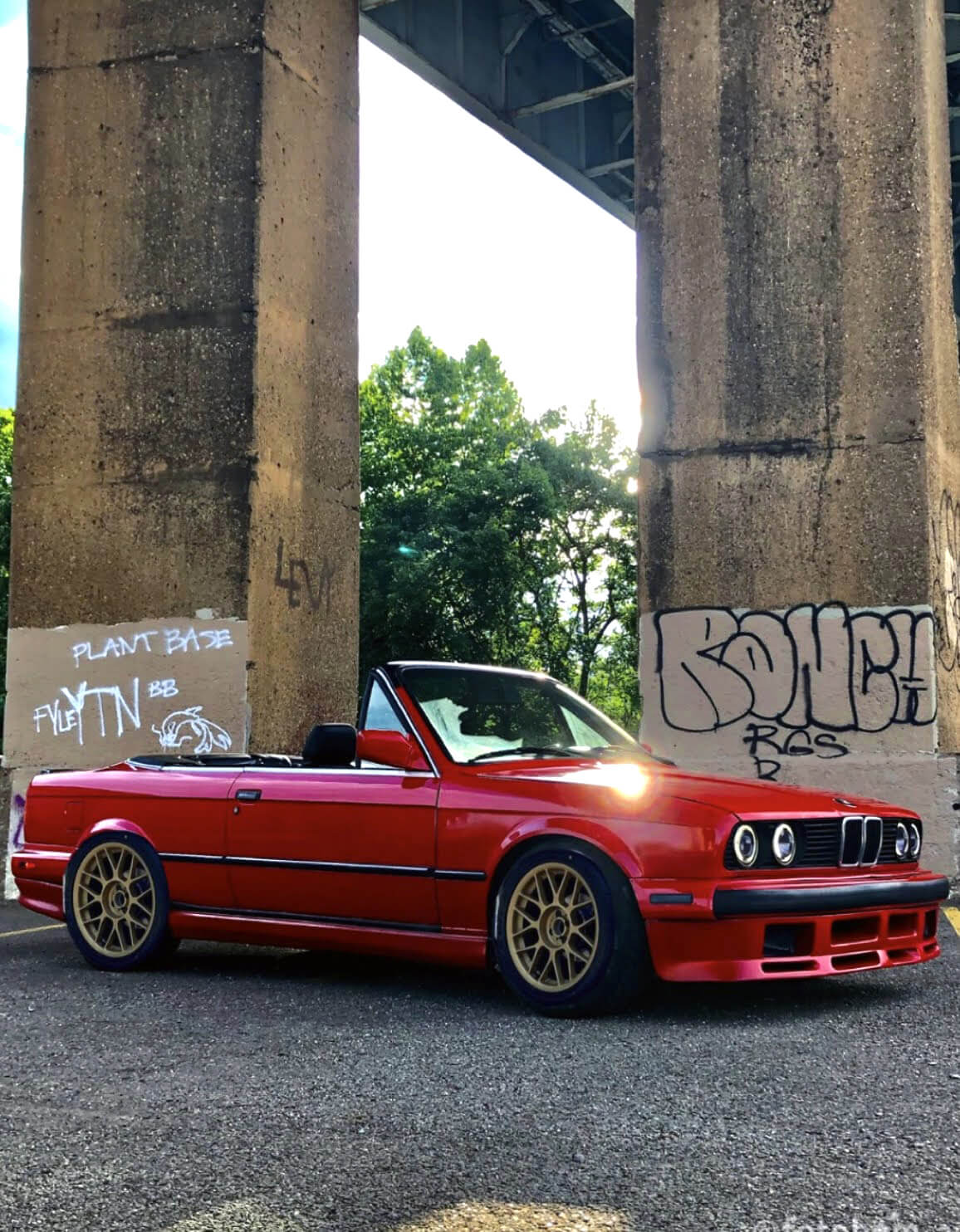 Watch the progress and find out more about this BMW E30 project by visiting the Instagram profile of the owner: @carantined!