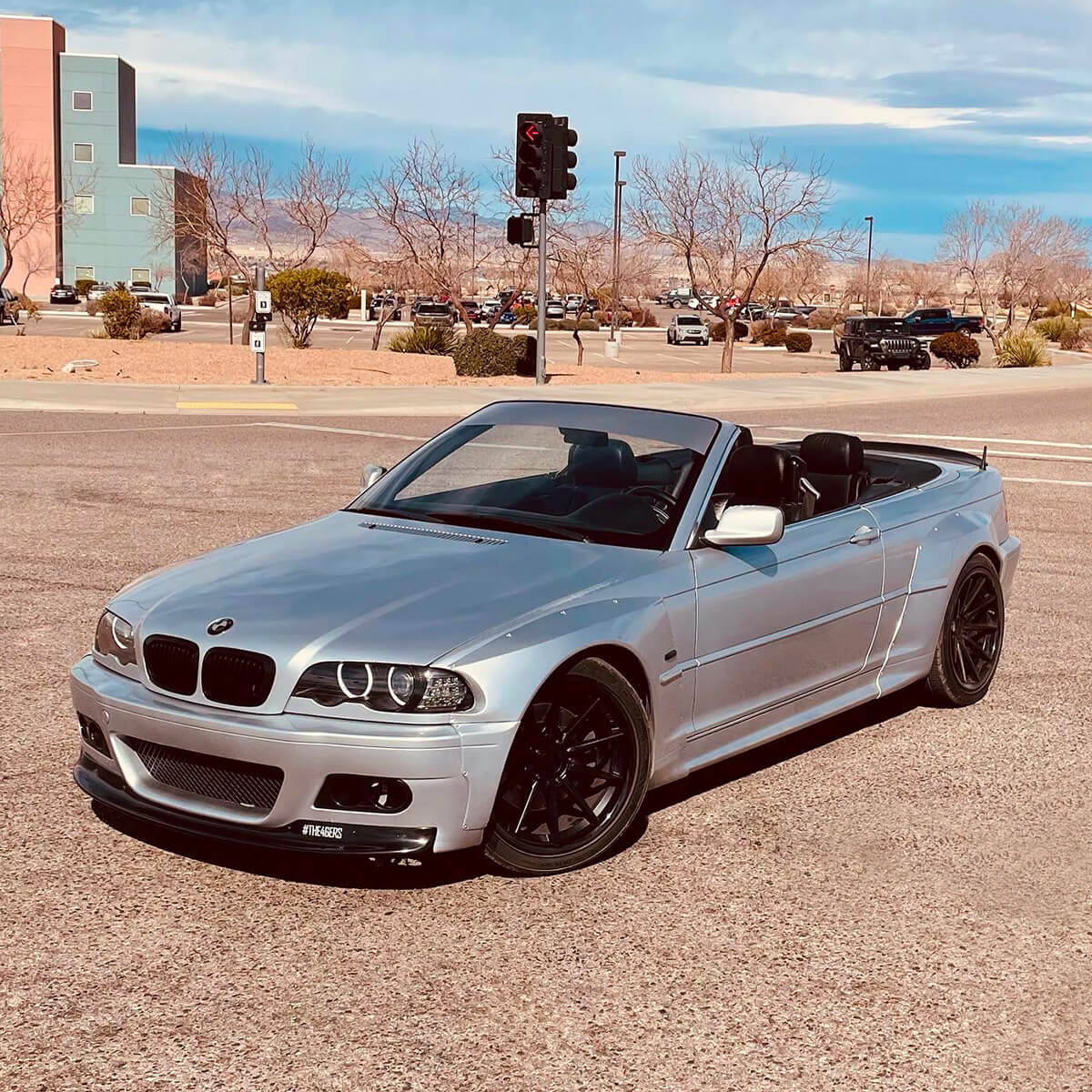 Being released back in 1998 the E46 body style of the BMW 3-Series immediately became a bestseller for the brand. It’s designed preserved everything we loved in the BMWs of the 90s and at the same time invented the new proportions and curves that made the car look more muscular and sexy from every angle, especially in the Coupe and Convertible versions.

Speaking of convertibles, the E46 Convertible became one of the most popular models in its class, leaving the competition far behind. It’s driver-oriented concept, famous German engineering and impressive performance characteristics could not leave anyone indifferent. 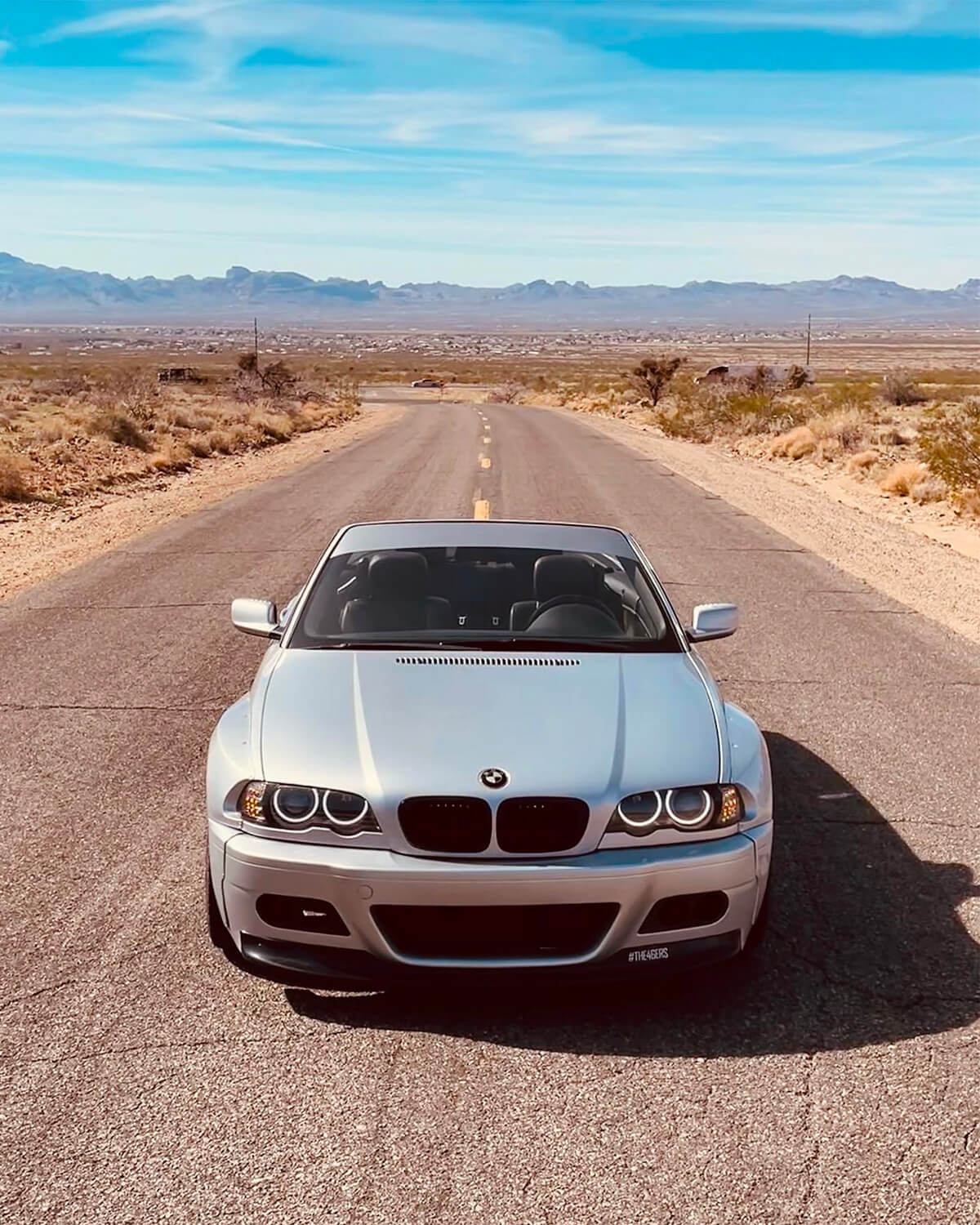 It also became popular thanks to the spacious interior, which could conveniently seat 4 people with luggage, which is much more versatile compared to a Mazda Miata and or a Porsche Boxster. Plus the car did not look ugly with the top up, unlike many competitors.

After the introduction of the E46 M3 GTR, many BMW fans realized that a wide body makes the car look much sexier, but the owner of this awesome-looking 330ci decided to go even further and outfit his convertible with a set of Rocket Bunny Style overfenders.

“ many BMW fans realized that a wide body makes the car look much sexier, but the owner of this awesome-looking 330ci decided to go even further” 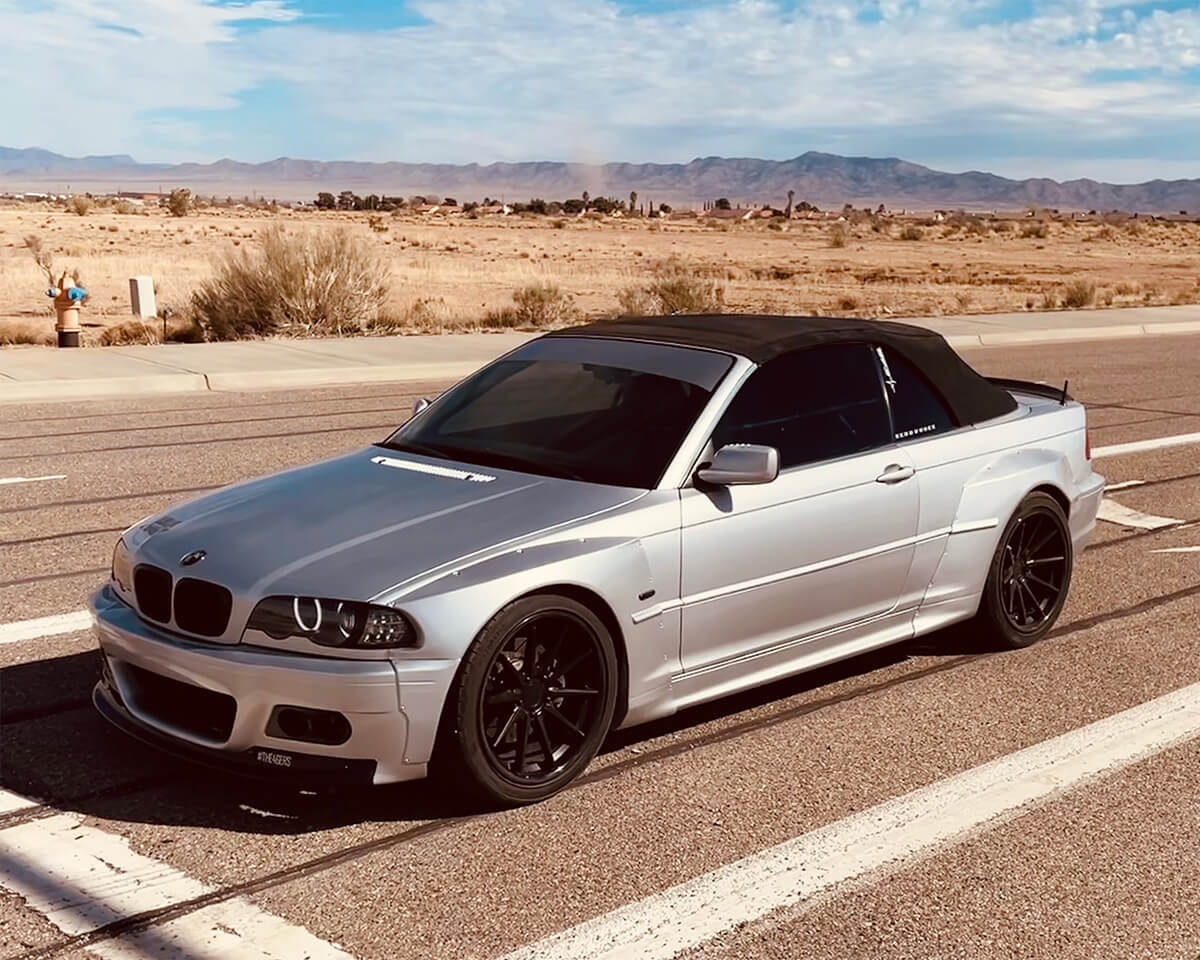 Despite concerns of some BMW purists, the wide-body fenders actually suit the car quite nicely, especially with a set of properly-sized Ferrada FR4 rims (19×9.5 front and 19×10.5 rear) reminding the E46 M3 GTR edition. Upfront is the M3-style bumper with a black chin spoiler which continues the theme of the trunk duckbill spoiler and rear diffuser.

“Despite concerns of some BMW purists, the wide-body fenders actually suit the car quite nicely” 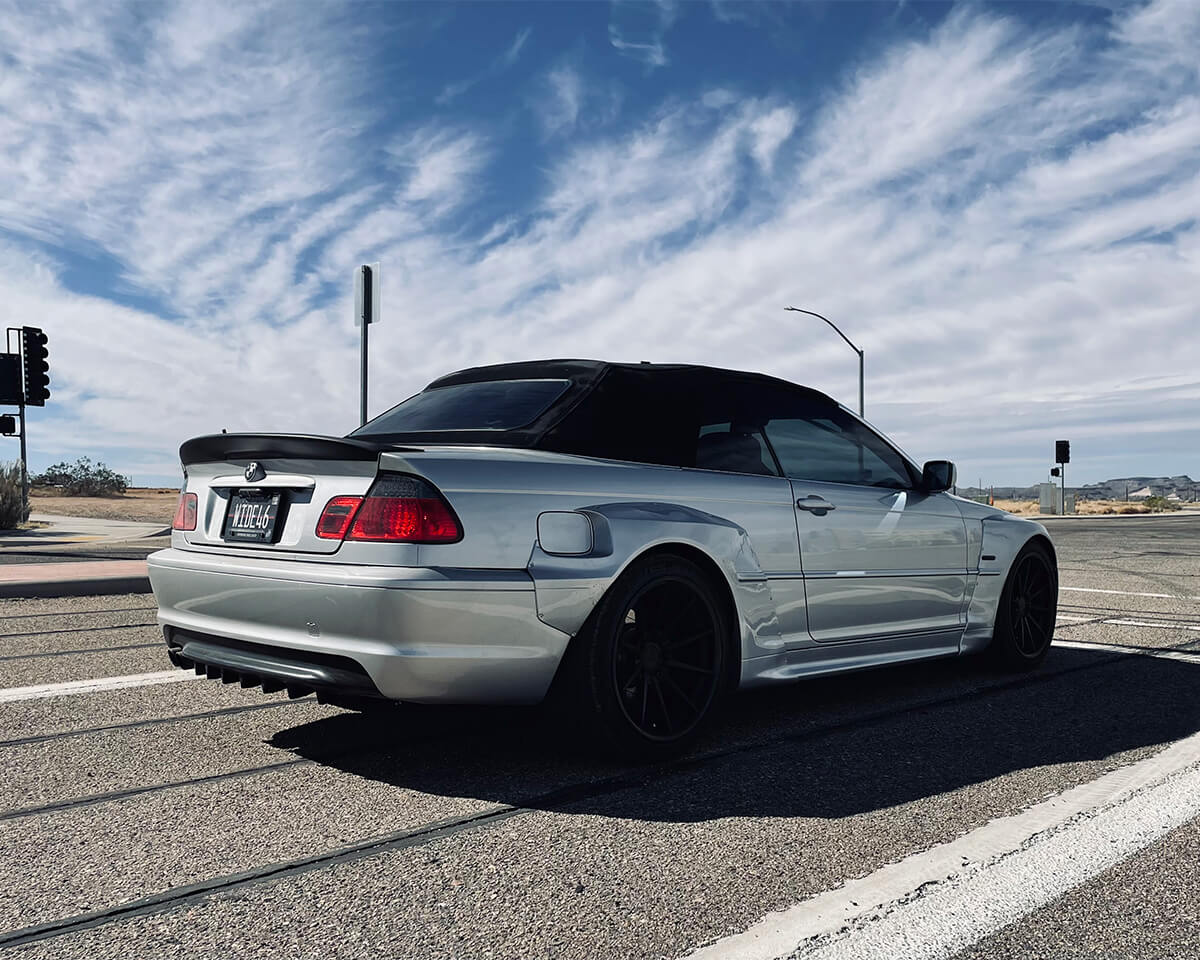 – I drove a convertible and fell in love, theirs nothing better than cruising with the top down in 70° weather. 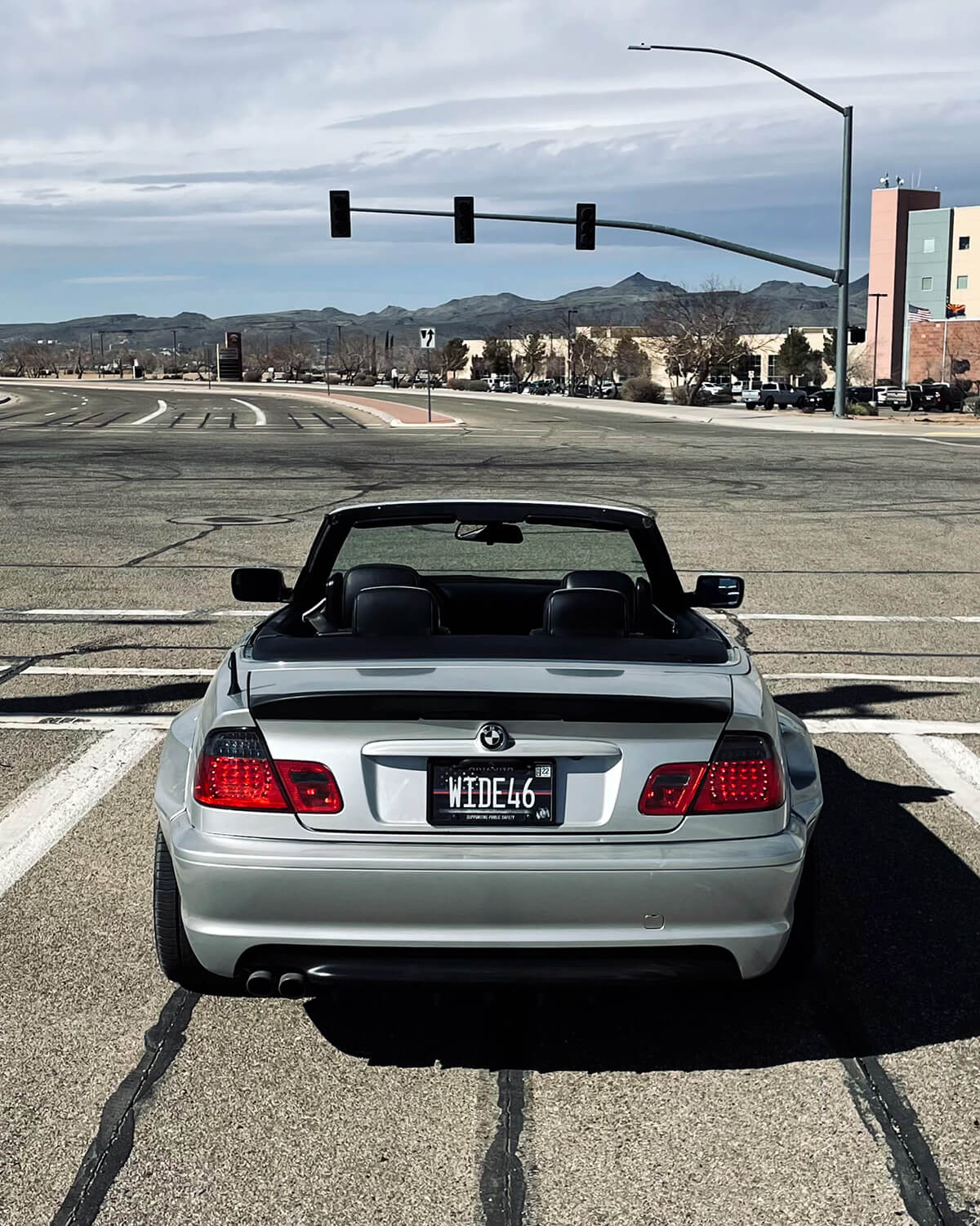 – The E46 is just the best looking BMW, the E46 had so much potential.

– I love seeing what a car starts out and what it could be and turning that dream into a reality. 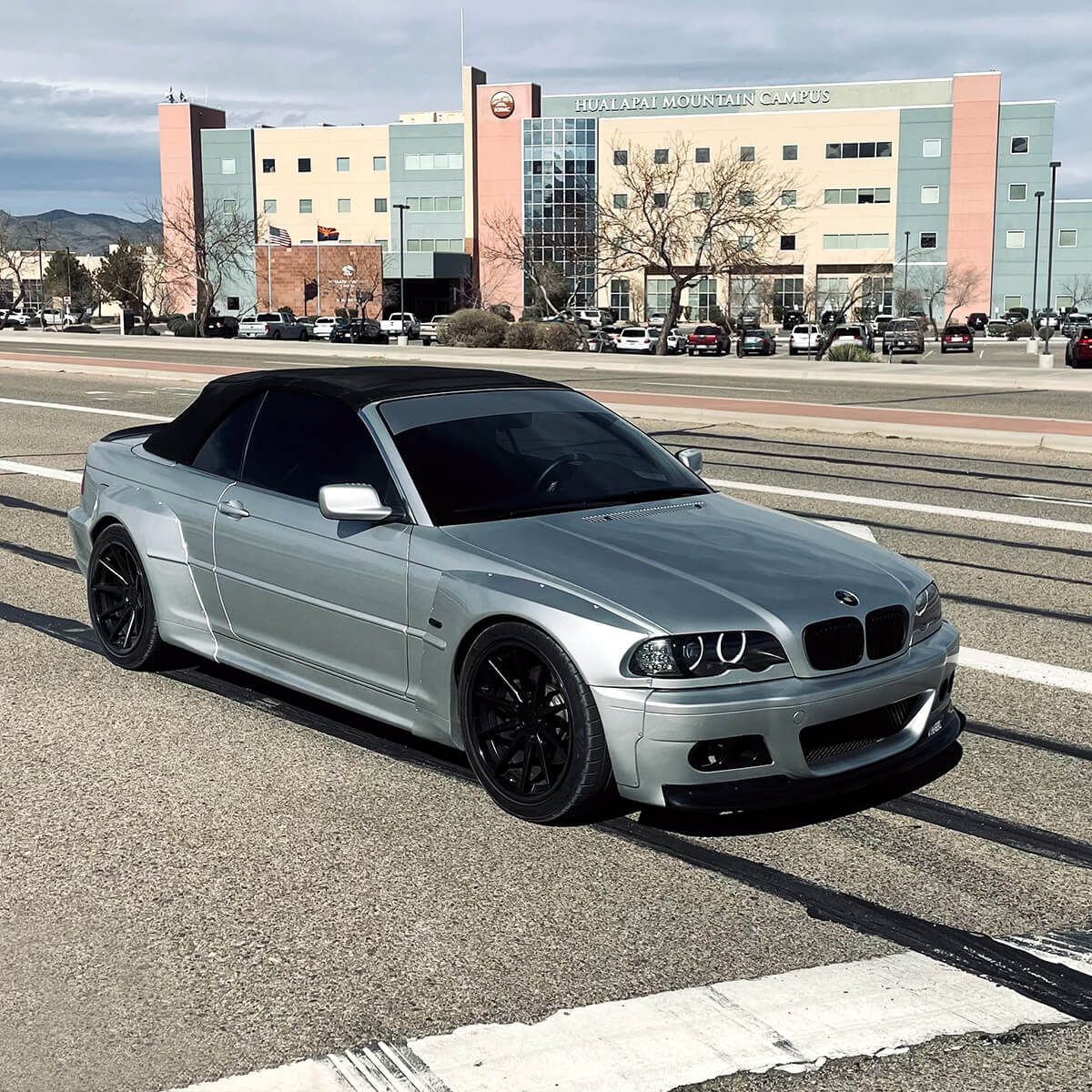 – I love everything about my car, from the way it drives to the power when I put my foot down to throwing the top down and driving through the mountains or a night cruise. 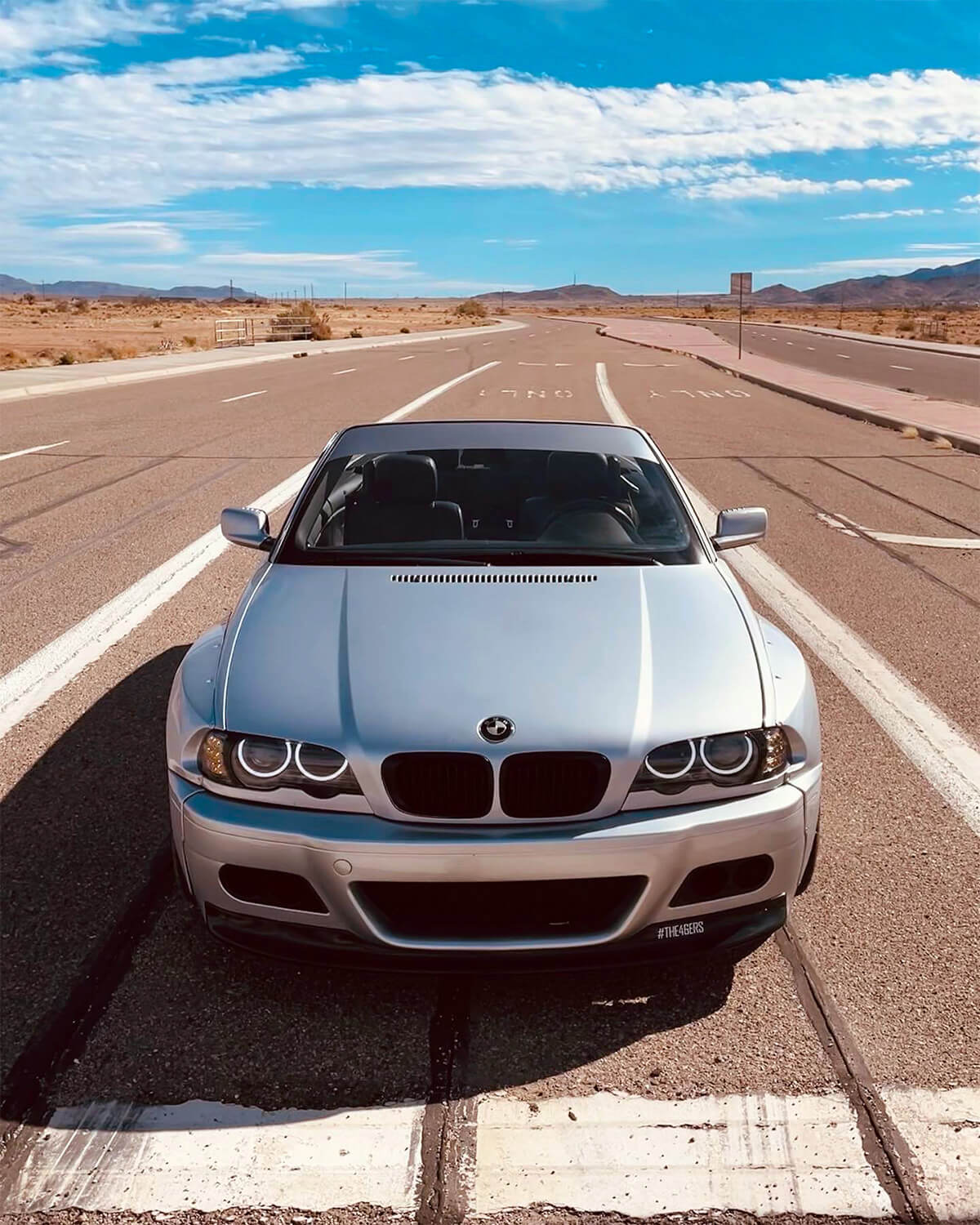 – This is my weekend car.

– When the weather permits it’s top down, and if it’s a little too chilly I’ll turn on the heater or throw on a jacket. 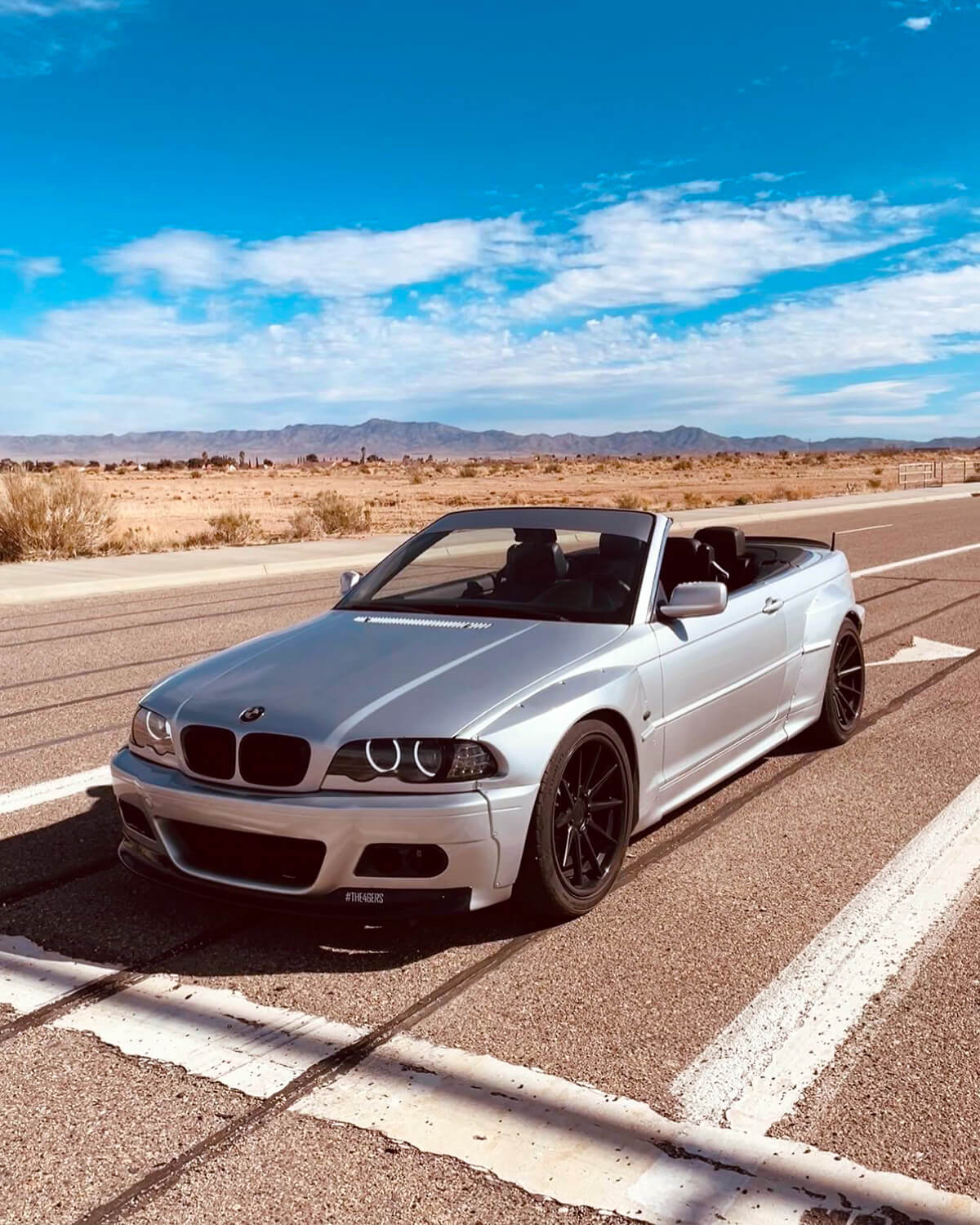 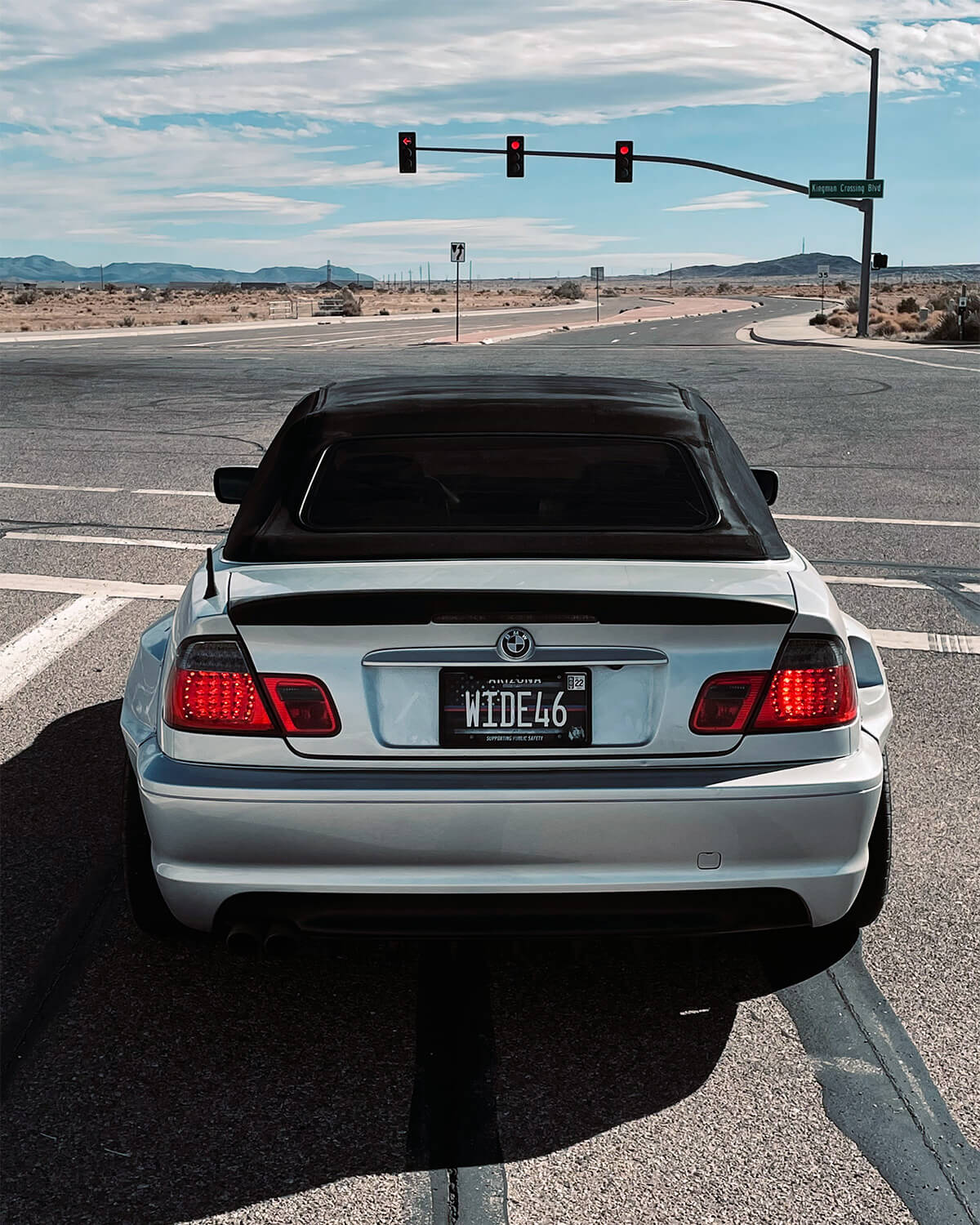 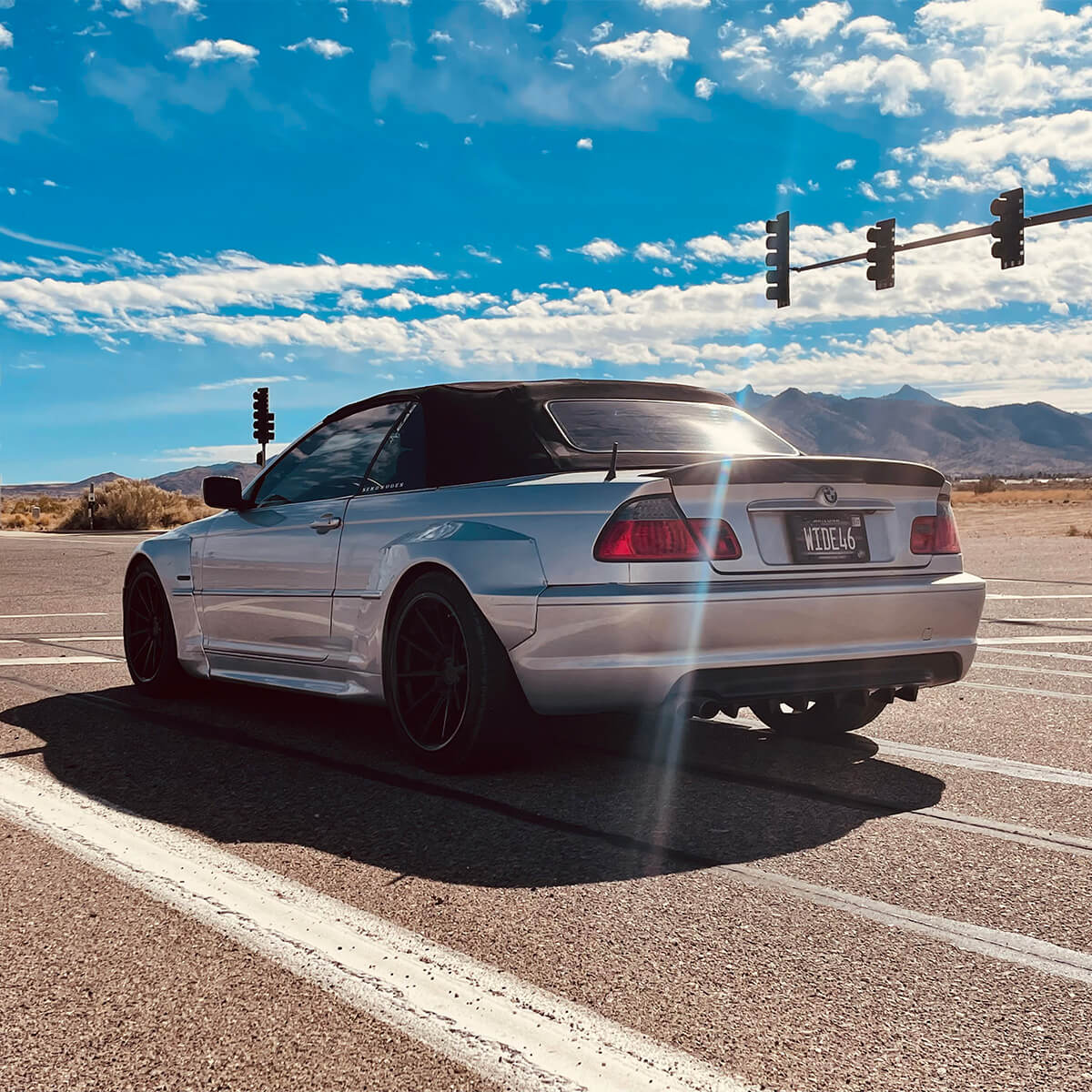 – I plan to get the car wrapped, buy air suspension, and I’m most excited for doing an LS3 swap. 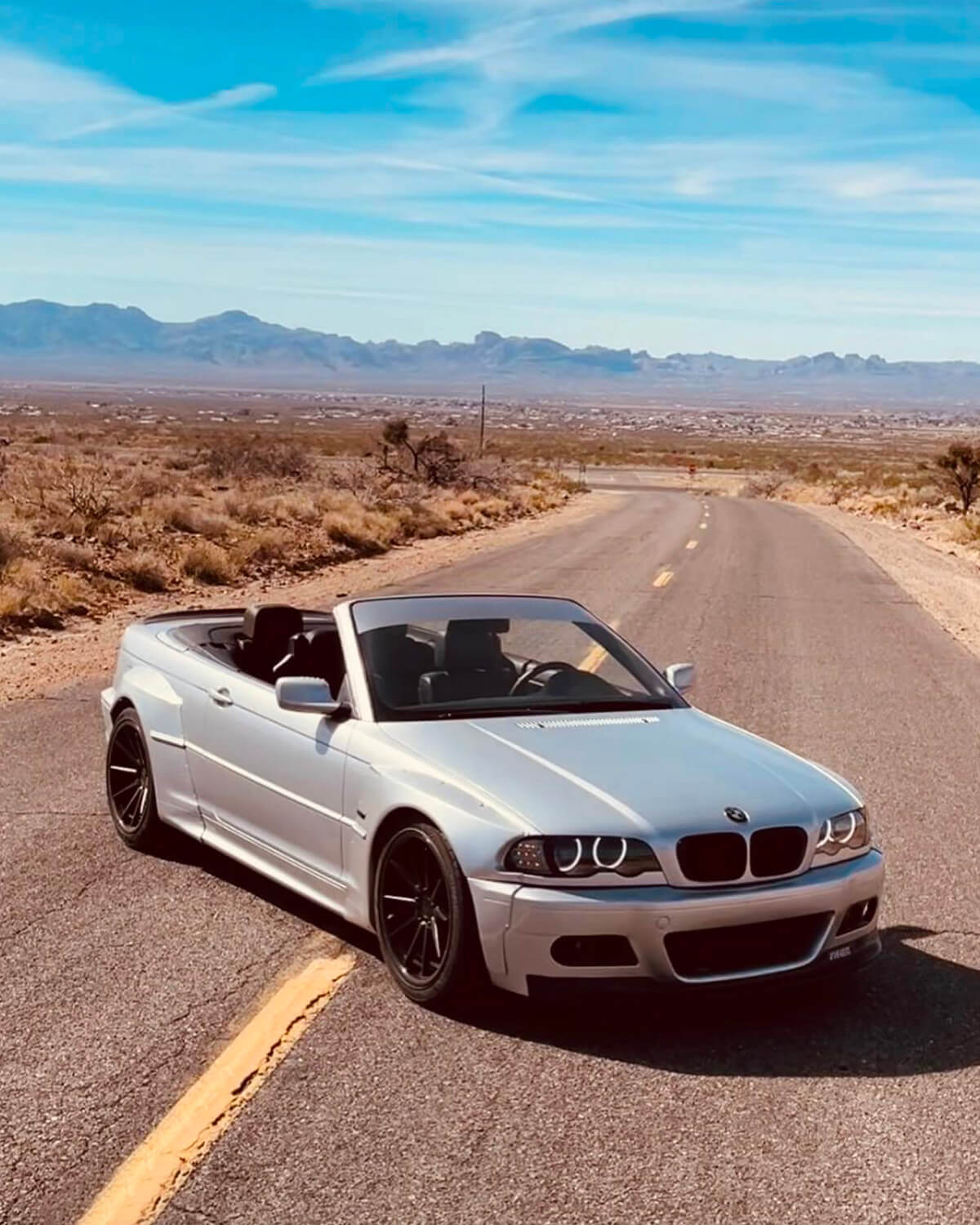 Watch the progress and find out more about this BMW E46 project by visiting the Instagram profile of the owner: @thiccc_E46!