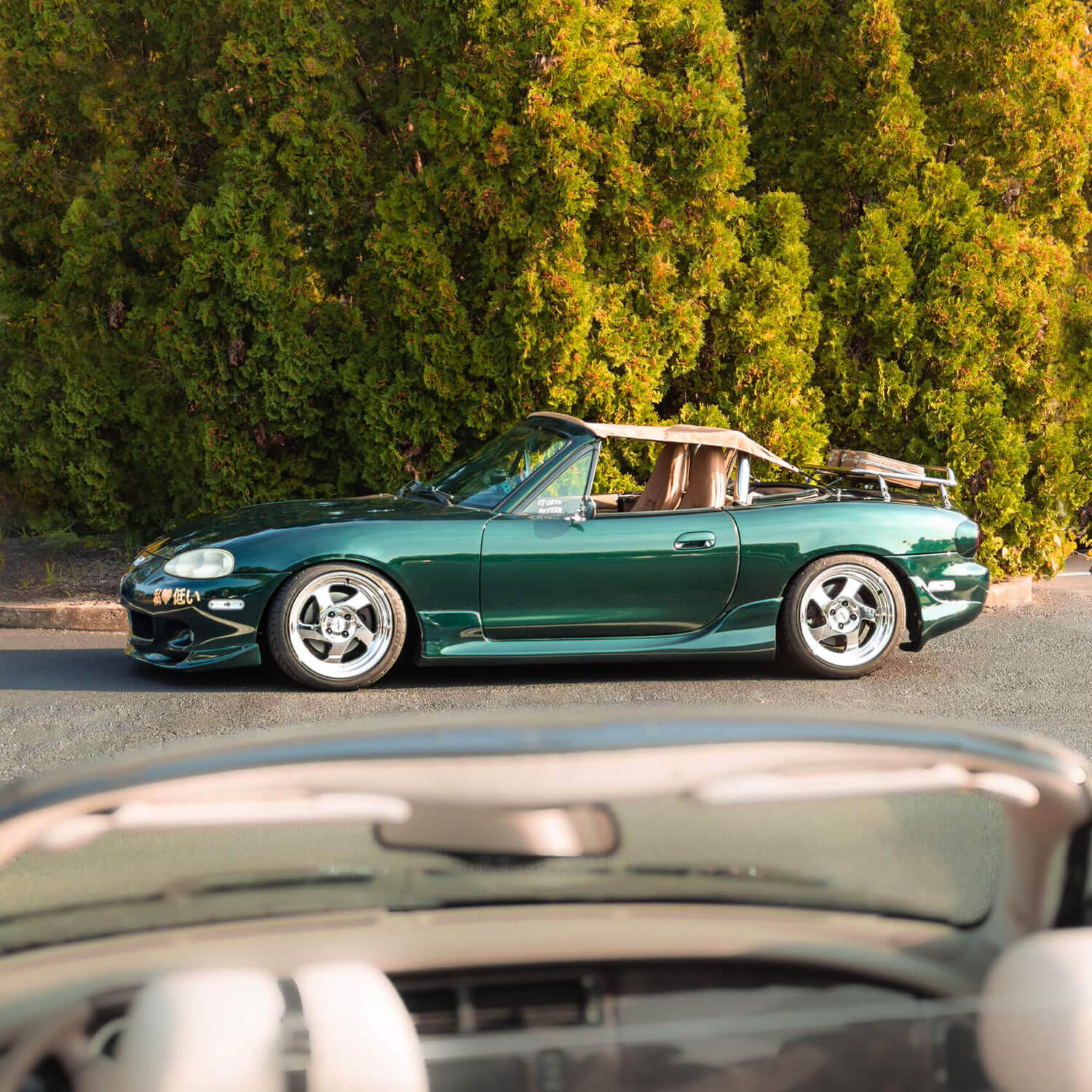 A nimble two-seater rear-wheel-drive roadster is a quintessence of the British sport car traditions that originated in the middle of the XX century, by the ending of WWII. The affordable compact cars, with an accent on driving pleasure and performance, quickly gained popularity among motoring enthusiasts around the country.

Many American soldiers who happened to get acquainted with these cars back in the UK were eager to import them to the US because at the time there weren’t alternatives to them in the New World that could come close in terms of handling, speed, and overall driving enjoyment. 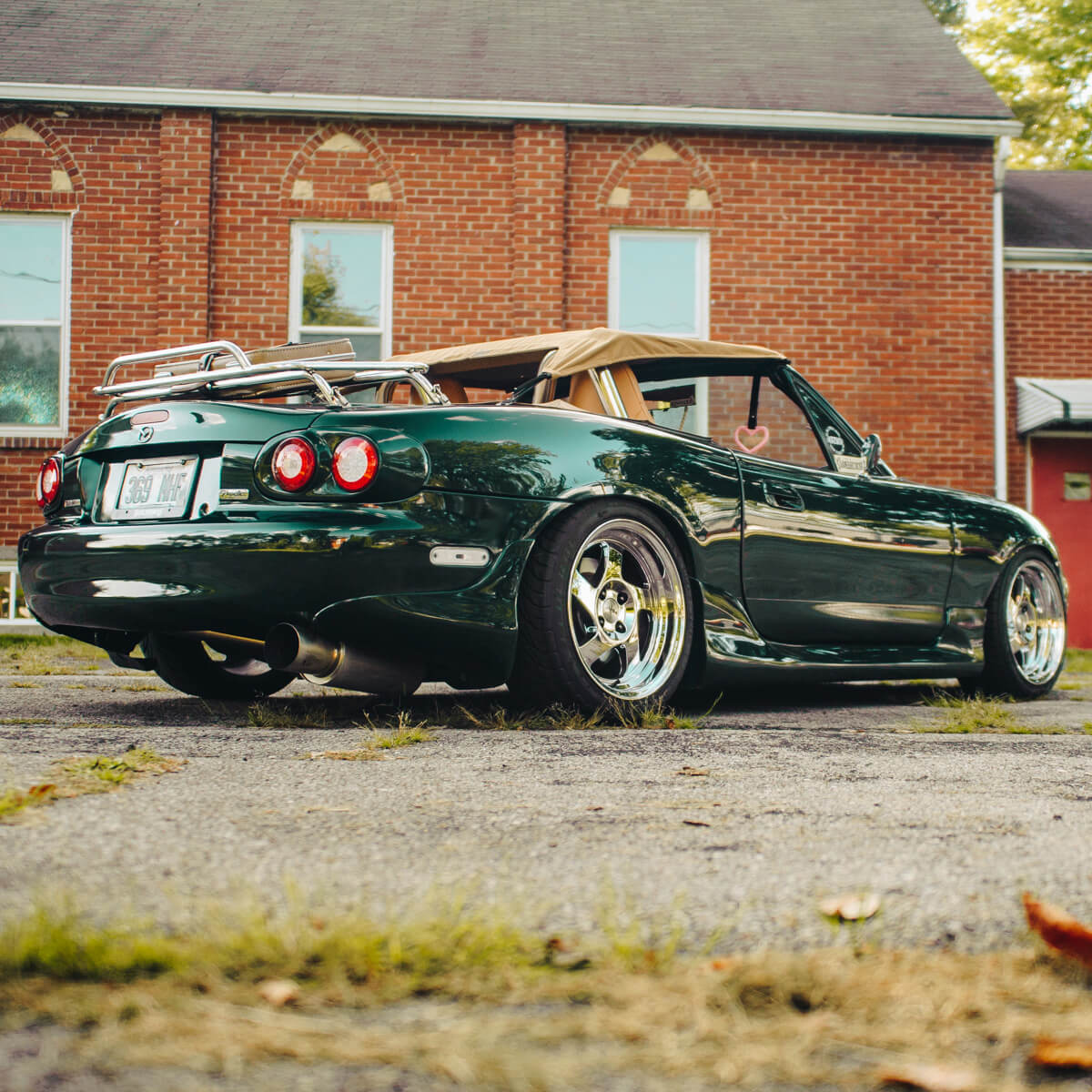 Such iconic cars as the AC Cobra, Jaguar E-Type, and Triumph TR6 have taken this concept to the next level by utilizing high-output engines and more complex tech, but this move drove their cost all the way up, making these cars only available for wealthy drivers.

Today Mazda MX5 Miata with its four generations is considered to be the most popular convertible sports car ever produced. The success of this model lays in the good old British sports car formula: low weight, 2-seater interior, RWD layout, Removable soft top, naturally-aspirated small-displacement engine, sporty handling, and affordable cost. While there are many faster cars with bigger engines, it’s really hard to beat the golden ratio of Miata’s driving characteristics. 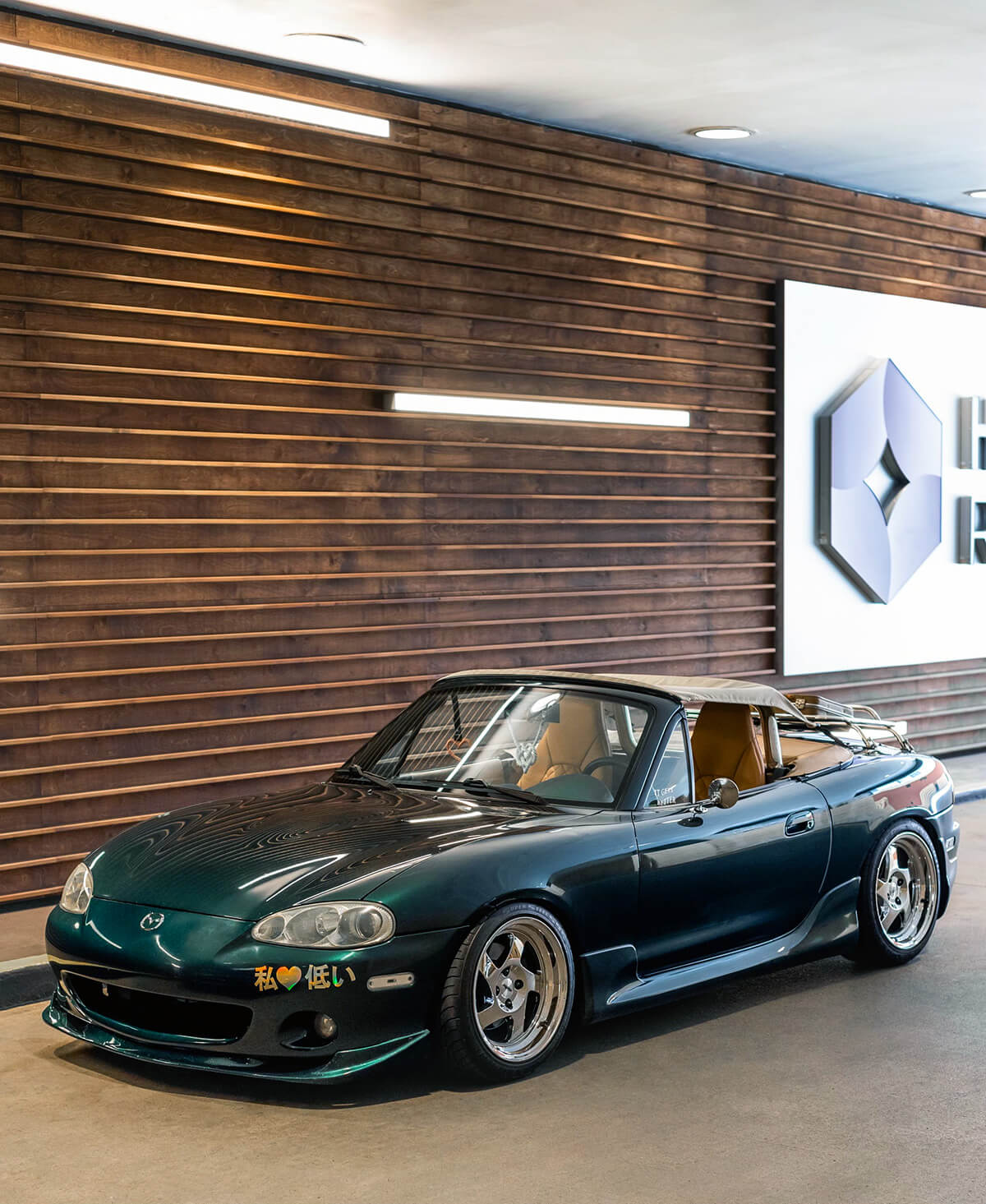 Thanks to the unbelievable popularity of this model, the aftermarket support for it is pretty extensive. You can choose literally any style to build your dream car using model-specific parts and upgrades, without needing to custom fab stuff. This British Racing Green Miata that you see in the pictures is owned by Adam Long from Louisville, Kentucky and it changed styling directions at least three times throughout the time of ownership.

It’s hard to disagree that the current retro-inspired theme makes the Miata look exceptionally clean and stylish with Low track stance, Whistler KR1 classic deep-dish chrome wheels, and GJR Racing Keeni Top. We reached out to Adam to talk about his project and he was kind enough to provide a detailed insight into the specs and mods done to his car as well as the background of the build. 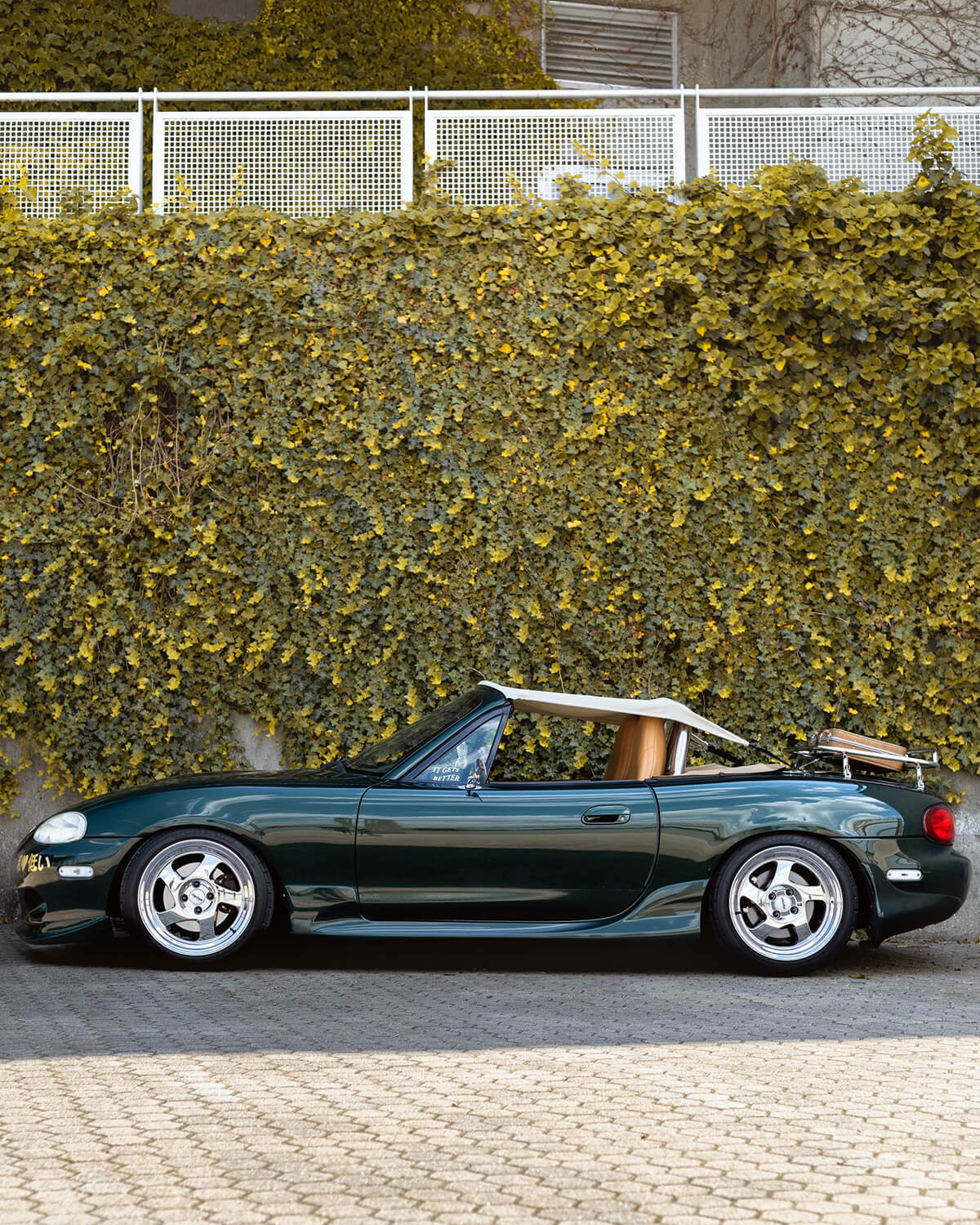 I didn’t really consider it for the convertible aspect once I was in the market, but it ended up being one of my favorite things about the car!

“I didn’t really consider it for the convertible aspect once I was in the market, but its ended up being one of my favorite things about the car!”

Why did you choose a Mazda Miata?

I’ve gone through about 3 different styles on it, but by the second one I felt burnt out on what style I was going for. I felt lost with the build and considered selling it. I came across older/vintage styling and decided it would be perfect for the car, as the car was British-inspired when it first came out. I was set on getting the car back to a form that I could enjoy, so that’s what I did!

I decided to modify this car because Miatas have TONS of mod variety! You can truly make these cars whatever you want for not an expensive cost. For my high school self, this was a perfect route to start on my passion. 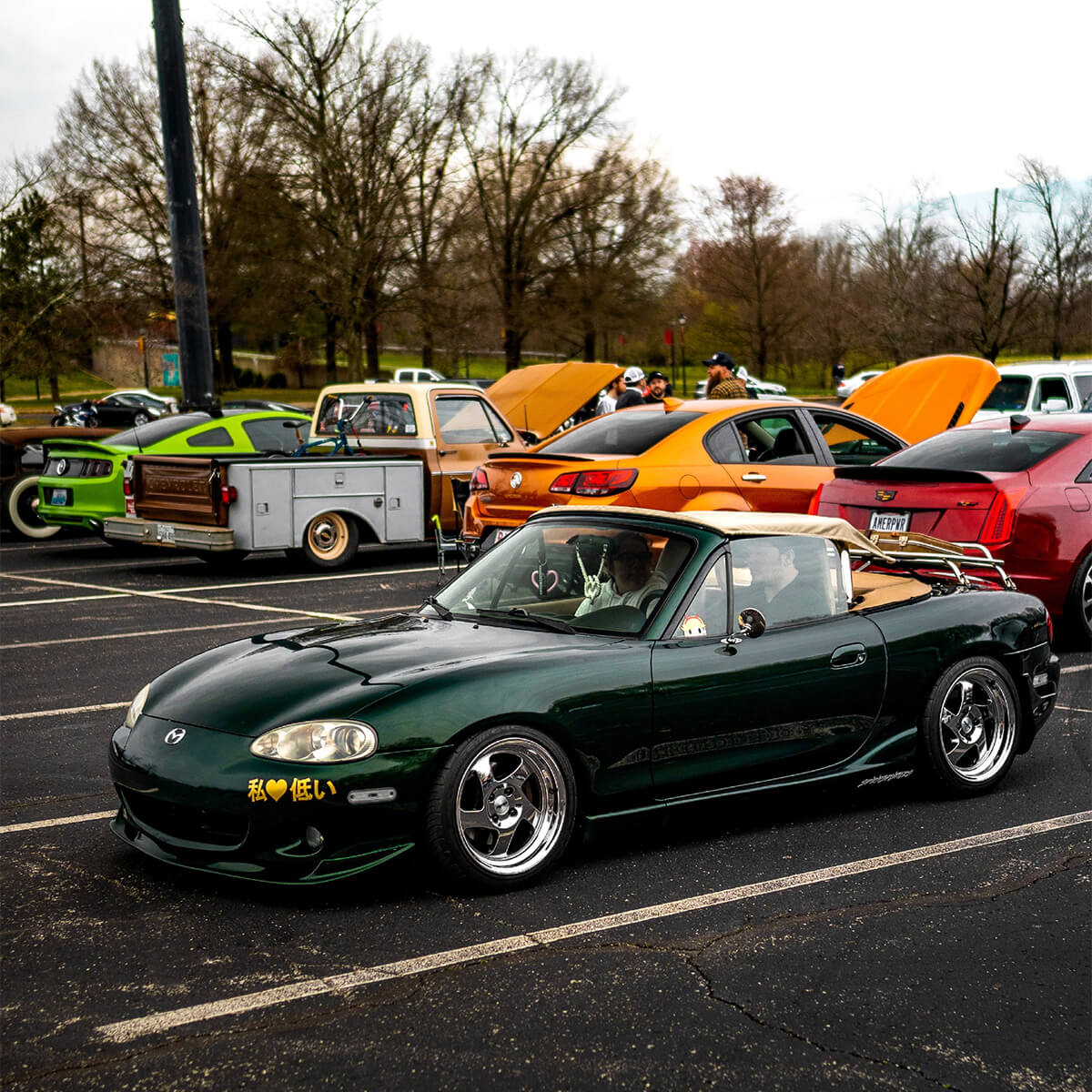 Since I got the car when I was in high school, the build route didn’t always consist of the most quality mods, and my styles on the car changed heavily as I grew more into it. Switching it up was hard because it meant a lot had to change, including stuff that required work on the body of the car. Back in high school, I put a huge wing on it, as a high schooler would, but the bolt holes on the trunk remain from it. It’s all part of the game, I suppose!

“the build route didn’t always consist of the most quality mods, and my styles on the car changed heavily as I grew more into it”

I love that it isn’t truly like many other Miata builds today. I didn’t want to go with the average route. I wanted a certain style to be presented, and I was able to achieve that.

I love that I have been able to grow with my car in a way. Our styles changed over time, and it helped keep things new and engaging with the car.

It has been my daily for a while but I’ve decided to put it away this winter for a new daily I have.

If the temperature is above 47°(per owner’s manual instructions), you can certainly find me with the top down. My heat works and if I put the windows up with the Keeni top still on, it doesn’t get very cold anyways, which is perfect!

What are your future plans for this car?

The car is pretty much complete as it sits besides minor accessories here and there, I would like to focus on my next build but I will definitely be keeping the Miata around. 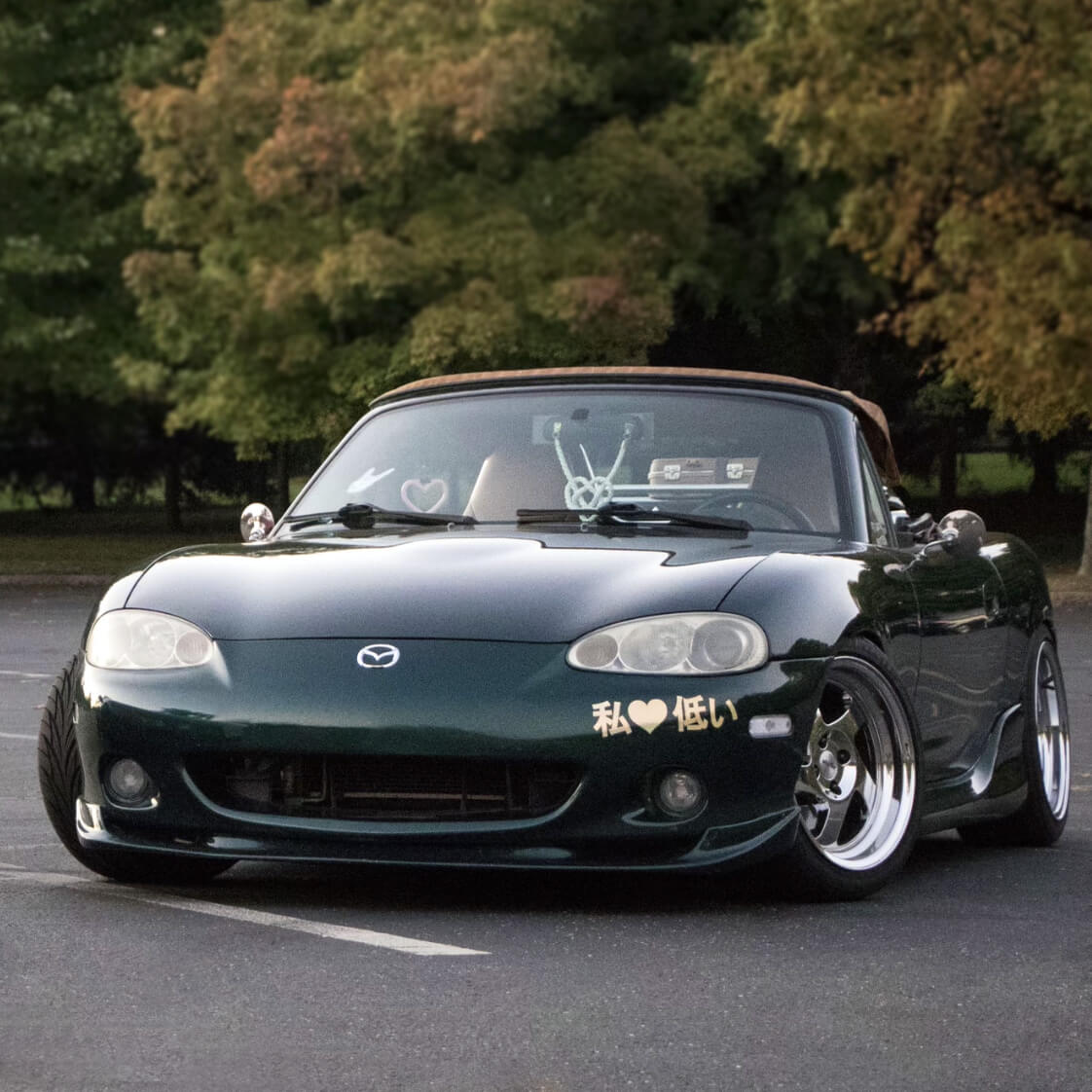 I feel like convertibles almost give the same feel that motorcyclists emphasize: The openness of the ride.
This openness makes a drive so much more enjoyable to me. You don’t feel enclosed in the car, and you can see and take in everything around you. 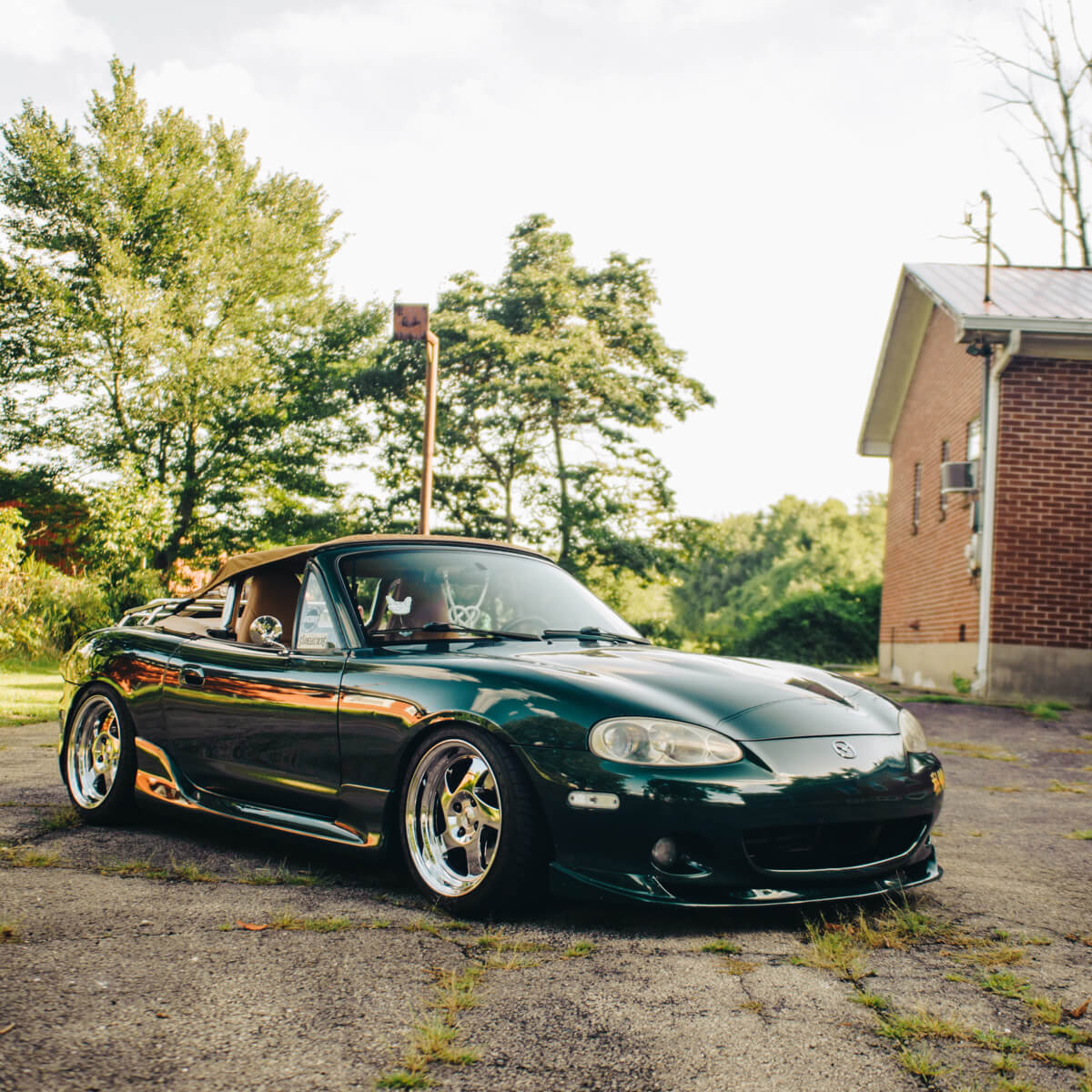 Watch the progress and find out more about this Mazda Miata project by visiting the Instagram profile of the owner: @greydecades!