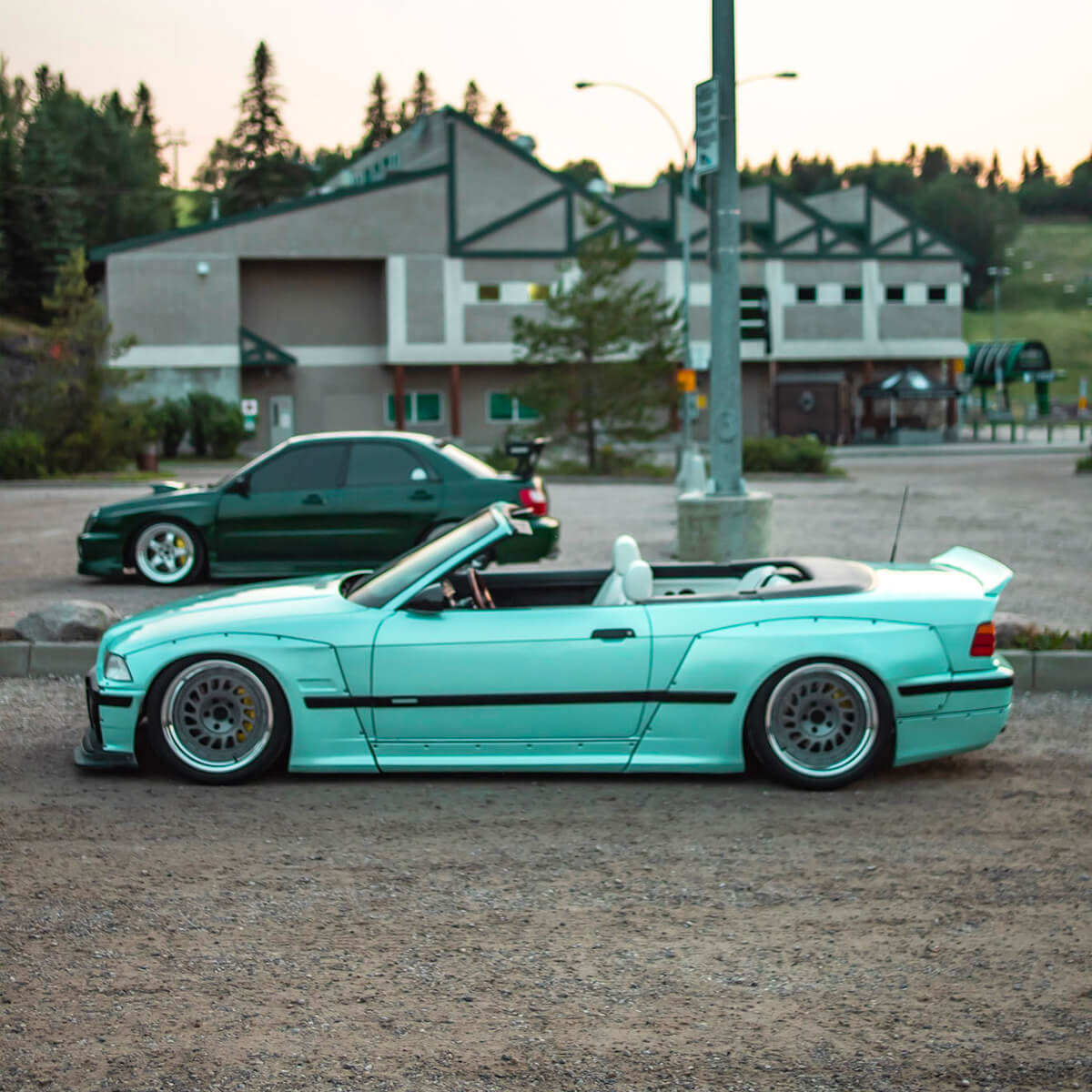 Cars of the 90s have a special spot in the hearts of many car guys, no matter how old they are. With its flawless proportions and unmistakable design, a BMW E36 became one of the most iconic models of this era and gained huge popularity among enthusiasts in all parts of the world.

Our today’s feature is dedicated to a very unique BMW E36 convertible that went a long way from stock to what it is today thanks to the creative vision and the hard work of its current owner. 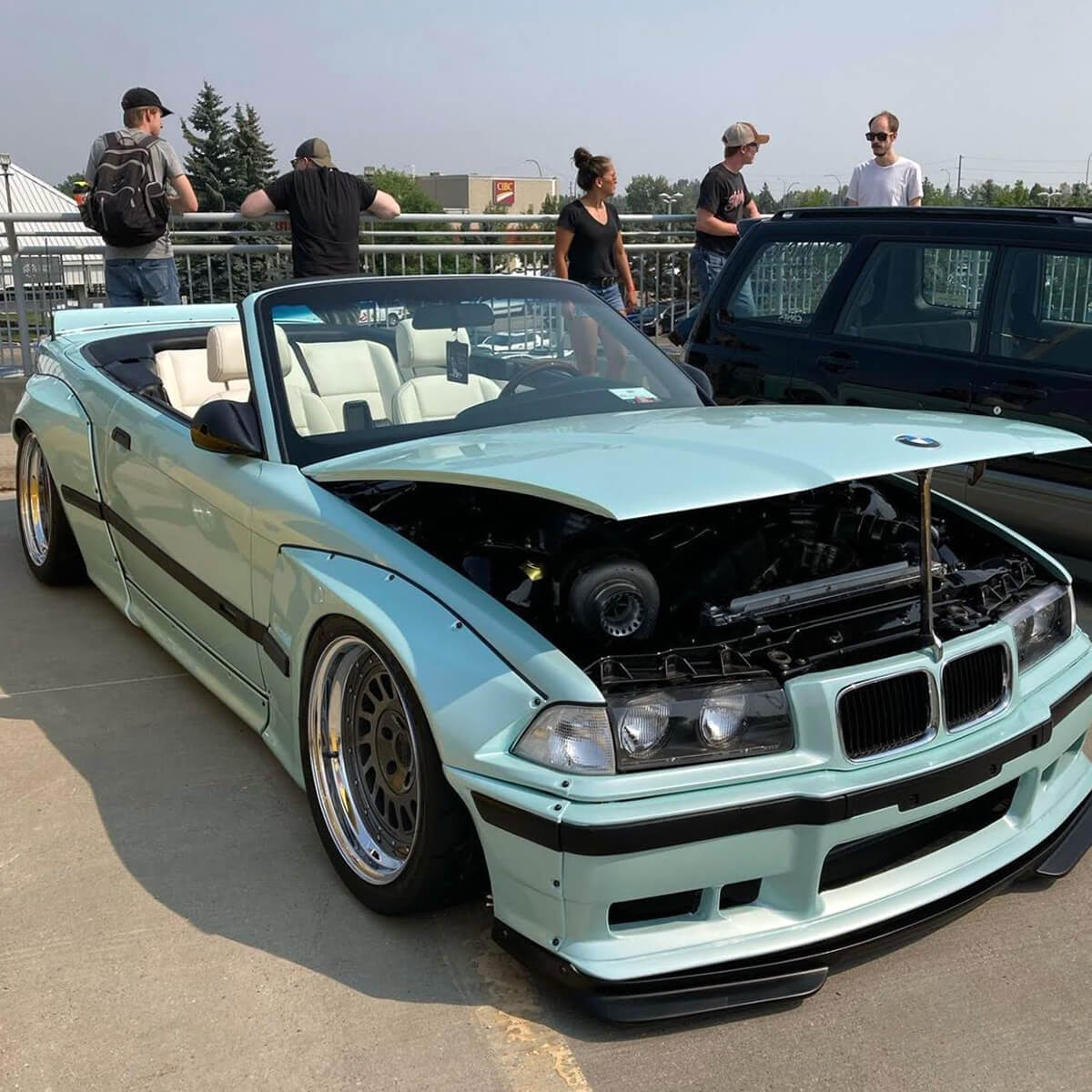 It started life as a red 1994 BMW 325i which luckily crossed its ways with a Bimmer guy and a certified mechanic Zac Spady, from Edmonton Alberta, who was knowledgeable and creative enough to turn it into a real eye-candy.

Beautiful Inozetek crystal blue wrap and Rocket Bunny style overfenders are the first things that catch everyone’s eyes. Despite being a pretty radiacal motorsports-inspired add-on, Pandem widebody kit suits the E36 in a surprisingly awesome way. It just looks right on the car from every angle, especially in the combination with the M3 style front and rear bumpers

“The car sits low on a full Airlift 3p setup with 3/8 lines and a set of staggered ESR VS10-T 3-piece wheels.”

Except for the wide bodywork and other visual modifications, it features pretty extensive upgrades in the performance department. Thanks to the N54 engine swap, DOC race single turbo kit, and other mods it gives out about 600WHP! 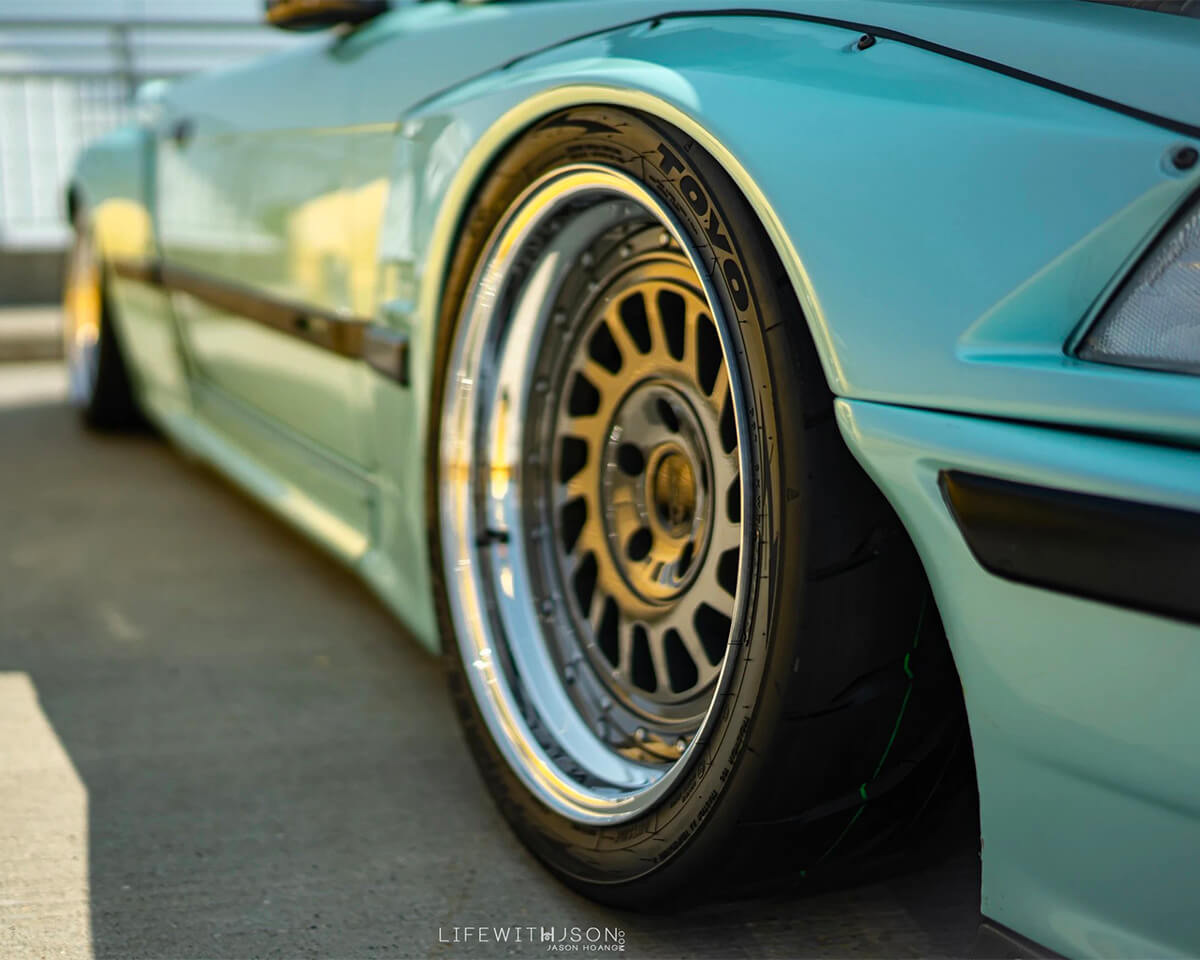 – There were a few reasons but the biggest reason being that it was something different. I like building very unique cars, as I see ts as art more than anything else. Good condition E36 convertibles are already fairly rare themselves, so I thought that doing a crazy build on one would make something really special.

– Not really the car in any way, but I have a really hard time parting with my projects, so my last project was a 1-series with the single turbo, and instead of selling it and restarting, I decided to tear the engine out of it and swap it into the E36 so I could keep a part of it, just in a different car. 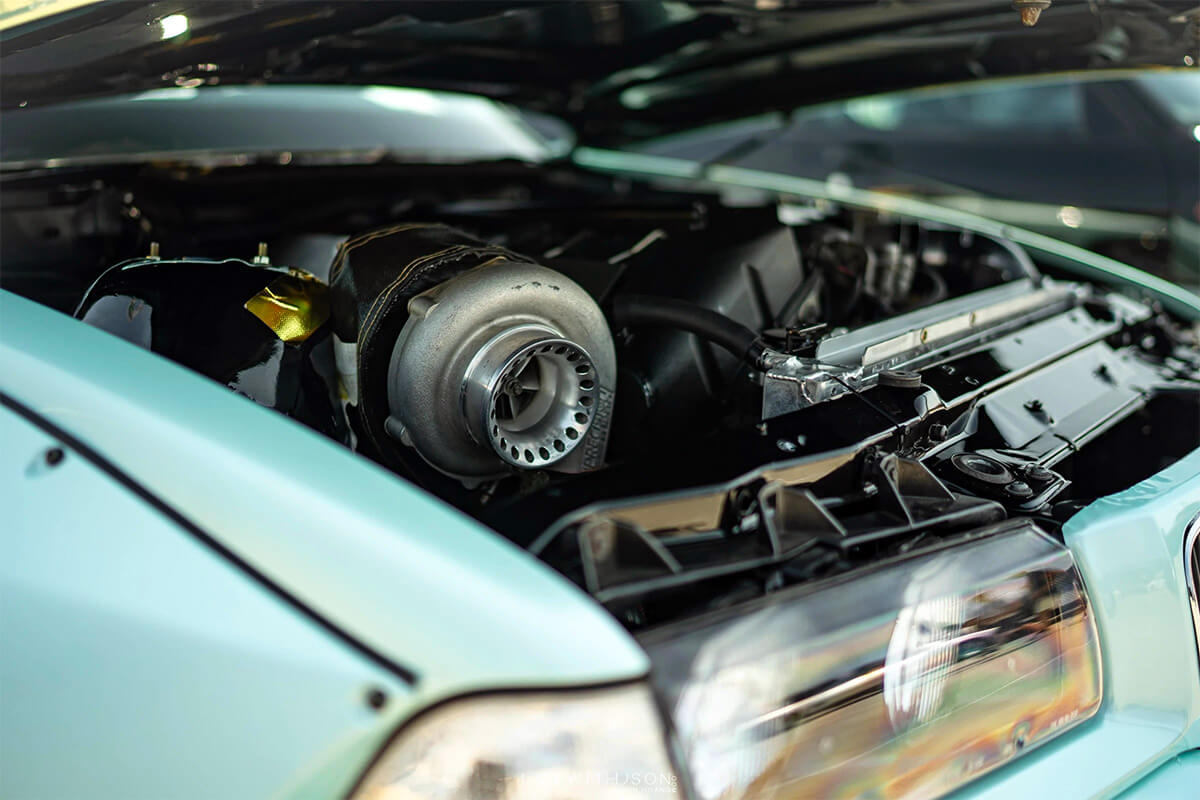 – Two major reasons. One being that I always wanted a wide-body car ever since they started popping up in more of a streetcar orientation. I saw a widebody Targa Porsche on Instagram one day and got super inspired but wanted to throw my own twist on it. I love BMW’s and the E36/46 are my favorite models, so I just went for it. Took me about a week to tear the engine out of my car and find the convertible after I wanted to do it. Another big reason is that I feel like most builds people are doing now are all more alike than they are different, and I wanted to do something that stands out.

– Buying it was very smooth, putting it together was a nightmare. I’m a certified tech and did every single last thing on the car over an 8-month span and it was a shit show lol. The hardest part was definitely getting the engine with the single turbo kit inside the e36. There is about an inch of room on every side of the engine, which was a nightmare to get in. 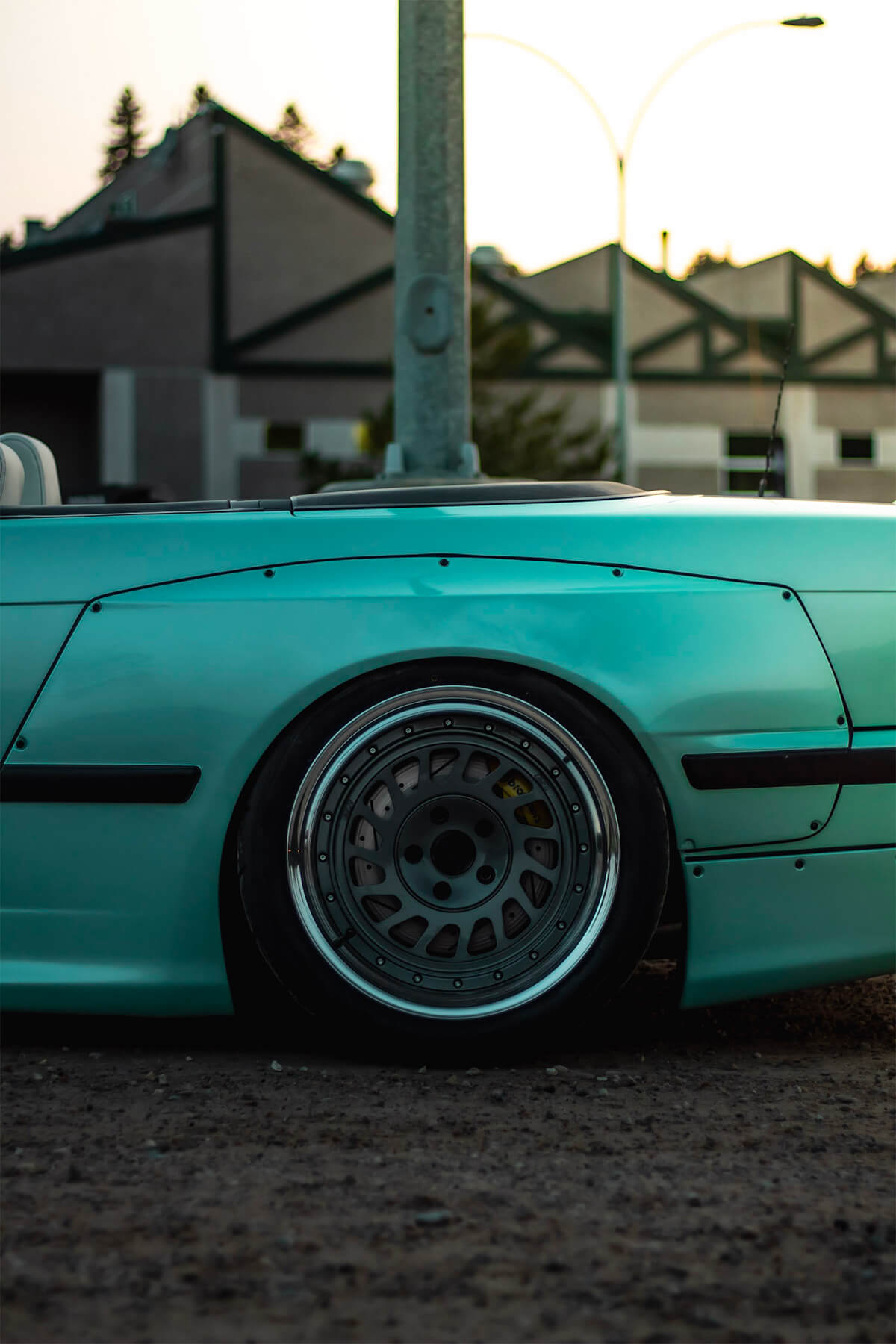 – I’m honestly extremely happy with how it turned out and love everything about it. The things I love the most would be the widebody and color combo with the interior. The dual external waste-gates sound also doesn’t get old.

– I only drive with the top down 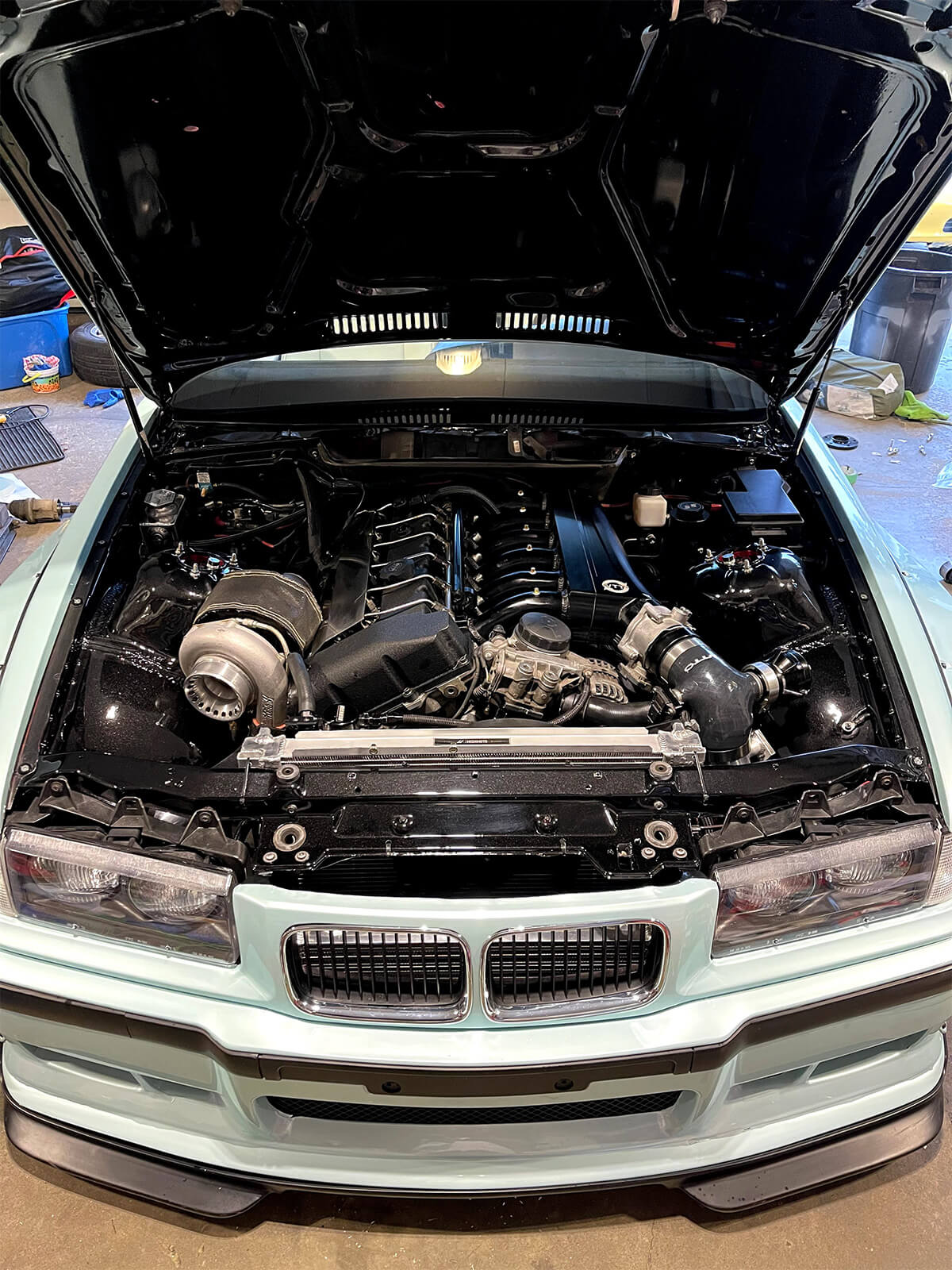 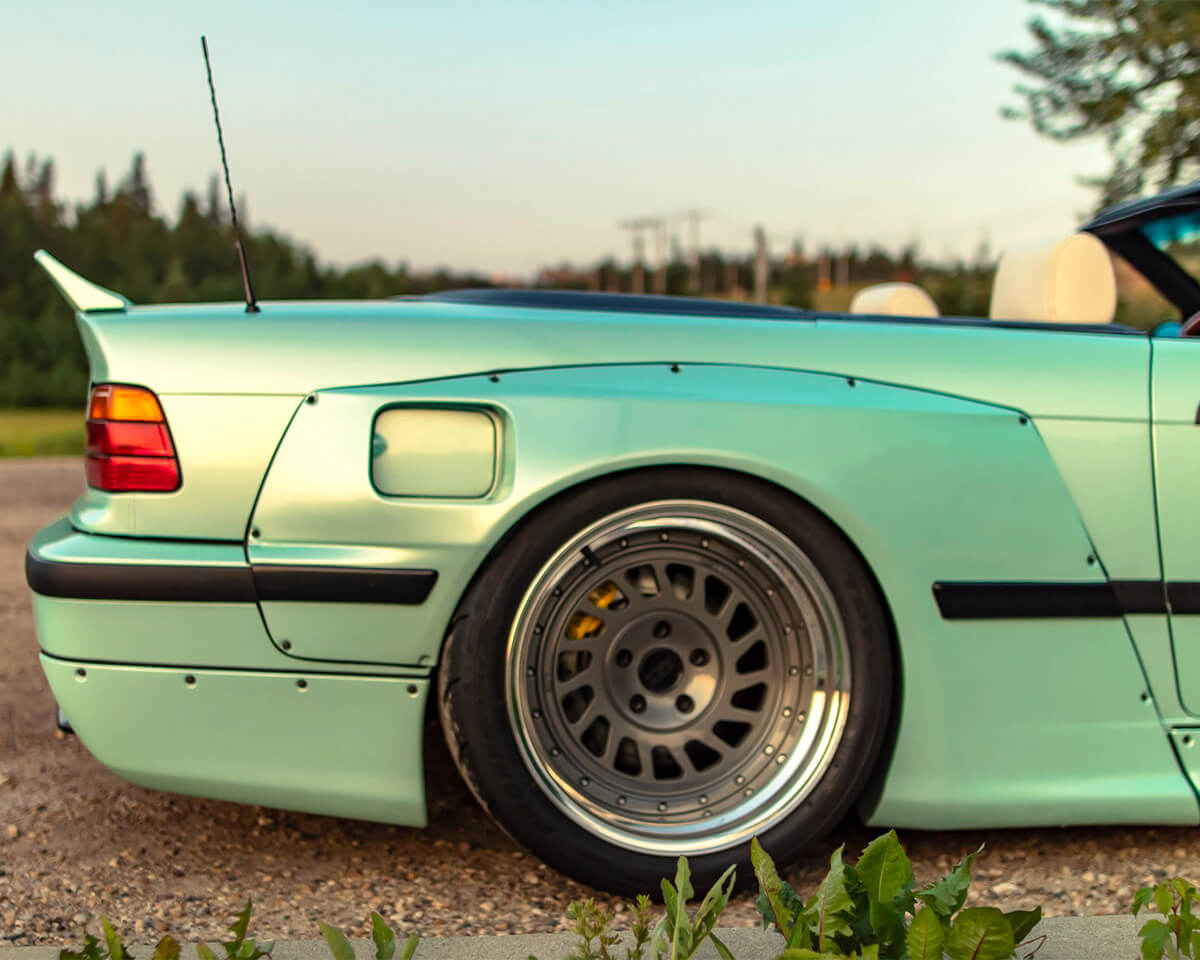 – Going to get the figment more dialed in so that it has a bit more drivability. There are some interior parts that need to be fixed because I don’t like the way they are and make the engine bay a little cleaner with how it’s wired and plumbed.

– It’s a love-hate relationship with my car. 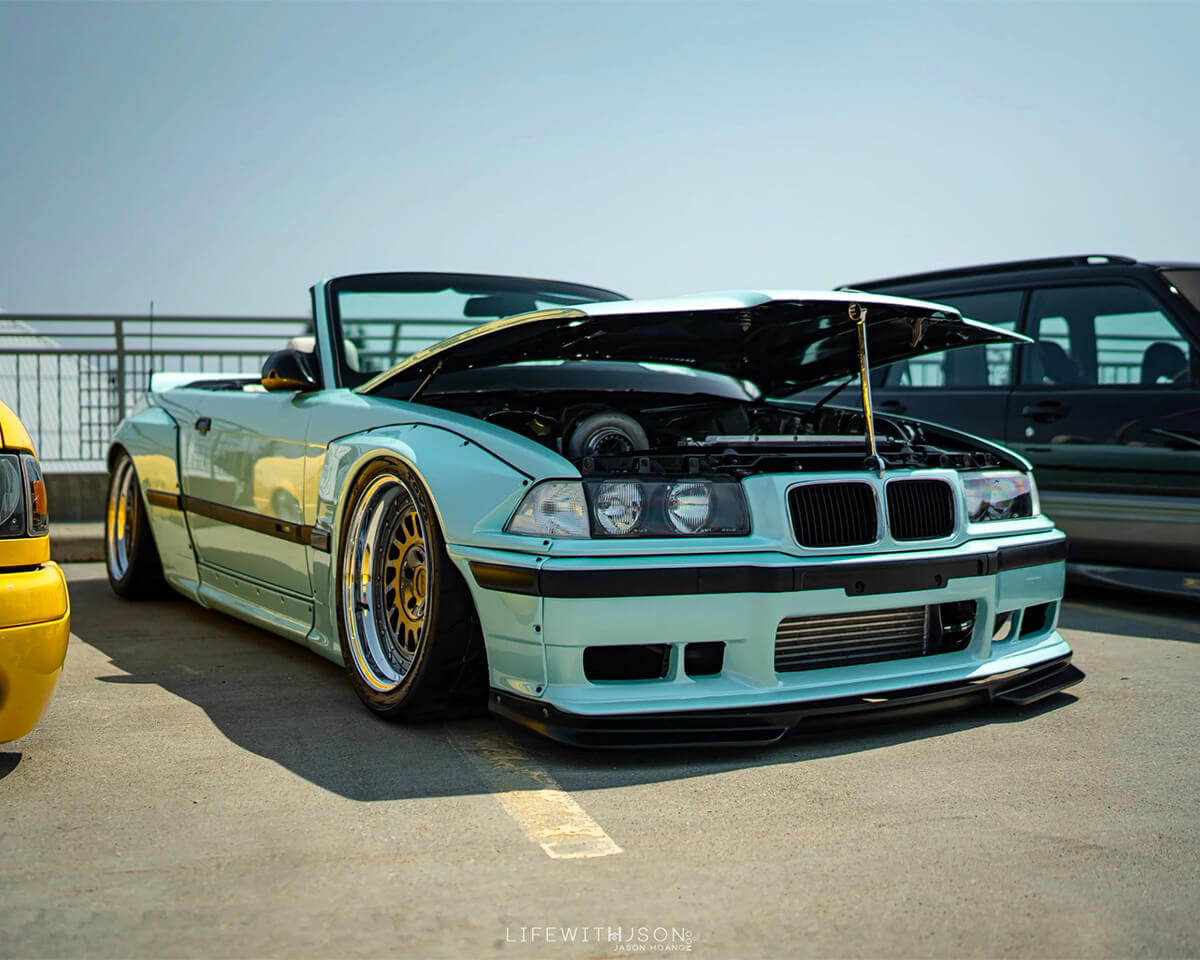 Watch the progress and find out more about this BMW 325i project by visiting the Instagram profile of the owner: @e82who!