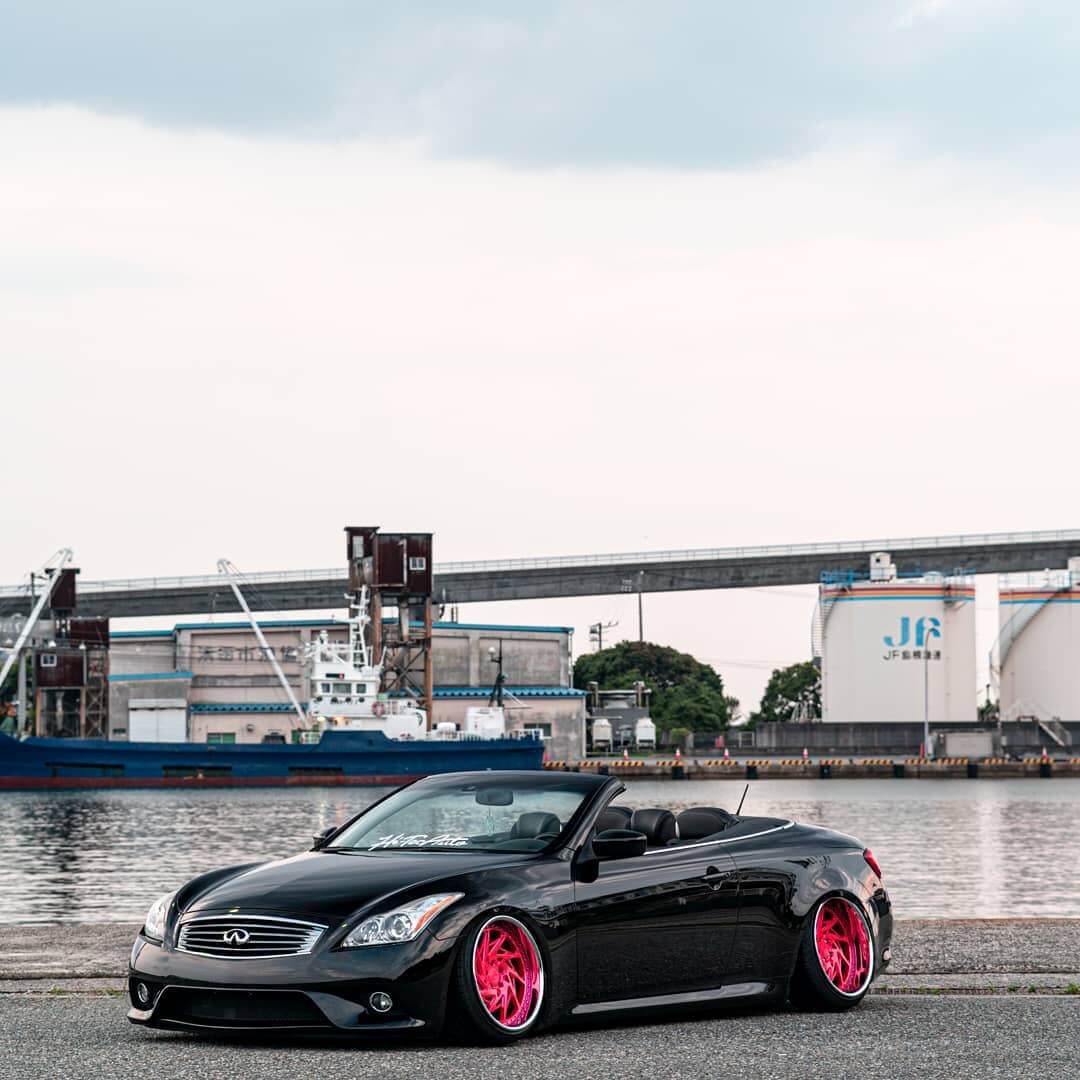 A popular model among JDM fans, the Infiniti G37 convertible wasn’t in production for a long time, but earned a solid army of followers, especially among the fans of stance cars. Some of the most common modifications for the car are concerned with suspension – they are lowered suspension, air suspension and camber.

The model debuted in 2009 and was marketed for only 4 years, up to 2013. The G37 convertible employed a 3.7 L V6 power unit (hence the number in the nameplate) capable of generating 325 hp that was paired with either a 7-speed automatic or 6-speed manual. The next year after the launch, the model underwent a refresh, but it included mostly minor and visual changes and didn’t concern the powertrain. 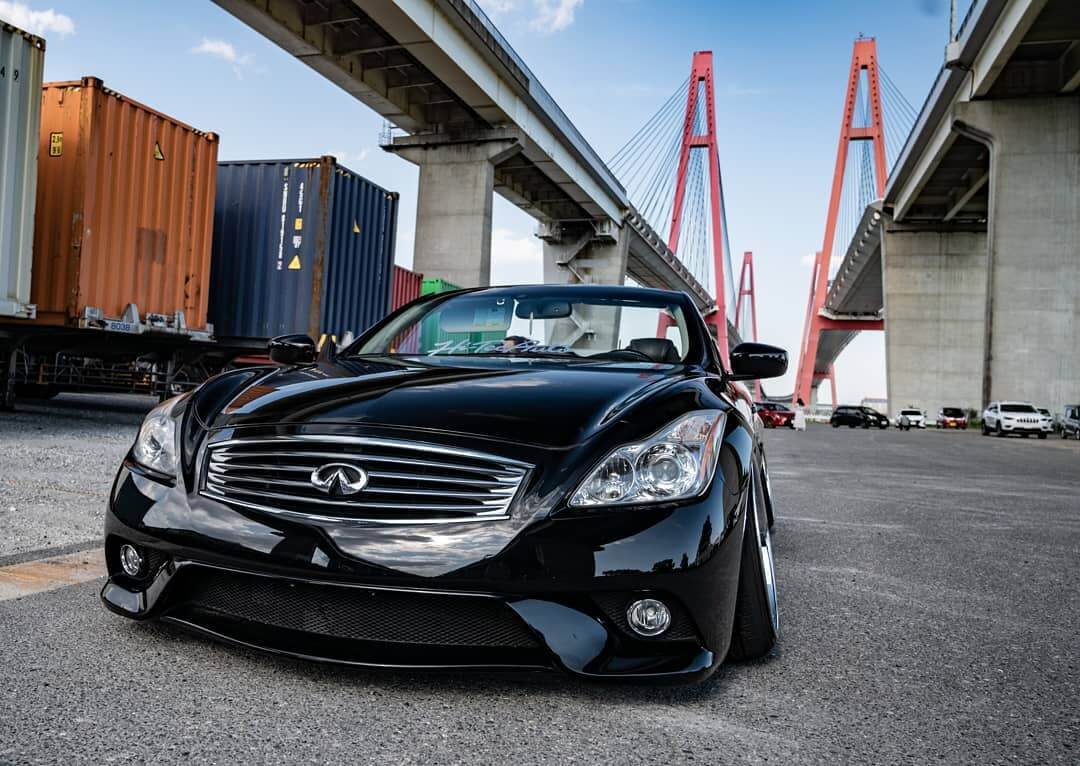 The most distinctive feature of the G37 convertible was a retractable hardtop – it makes riding more comfortable compared to soft tops and when it isn’t folded the car looks just like a regular coupe. On the other hand, this type of roof increases the overall weight of the vehicle making it significantly heavier. For instance, the curb weight of the G37 convertible is 4,149 lb (1,882 kg).

“The most distinctive feature of the G37 convertible was a retractable hardtop – it makes riding more comfortable compared to soft tops and when it isn’t folded the car looks just like a regular coupe.”

Back in the 2010s, the G37 convertible offered a number of benefits compared to its competitors. Apart from a powerful engine, agile handling, and the possibility to have an open-air driving experience, it also delivered a lot of comfort to all passengers, cutting-edge technology and a stylish and entertaining interior. There were four trims available and a lot of base features. Not much time left after the discontinuation of the model, so you can easily meet many of them on the road today. 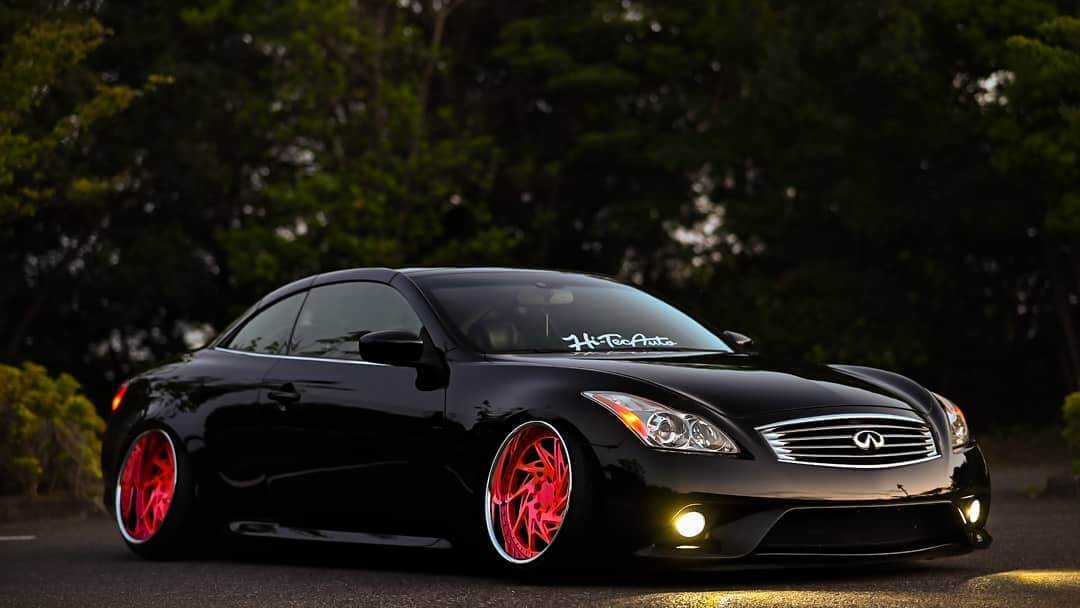 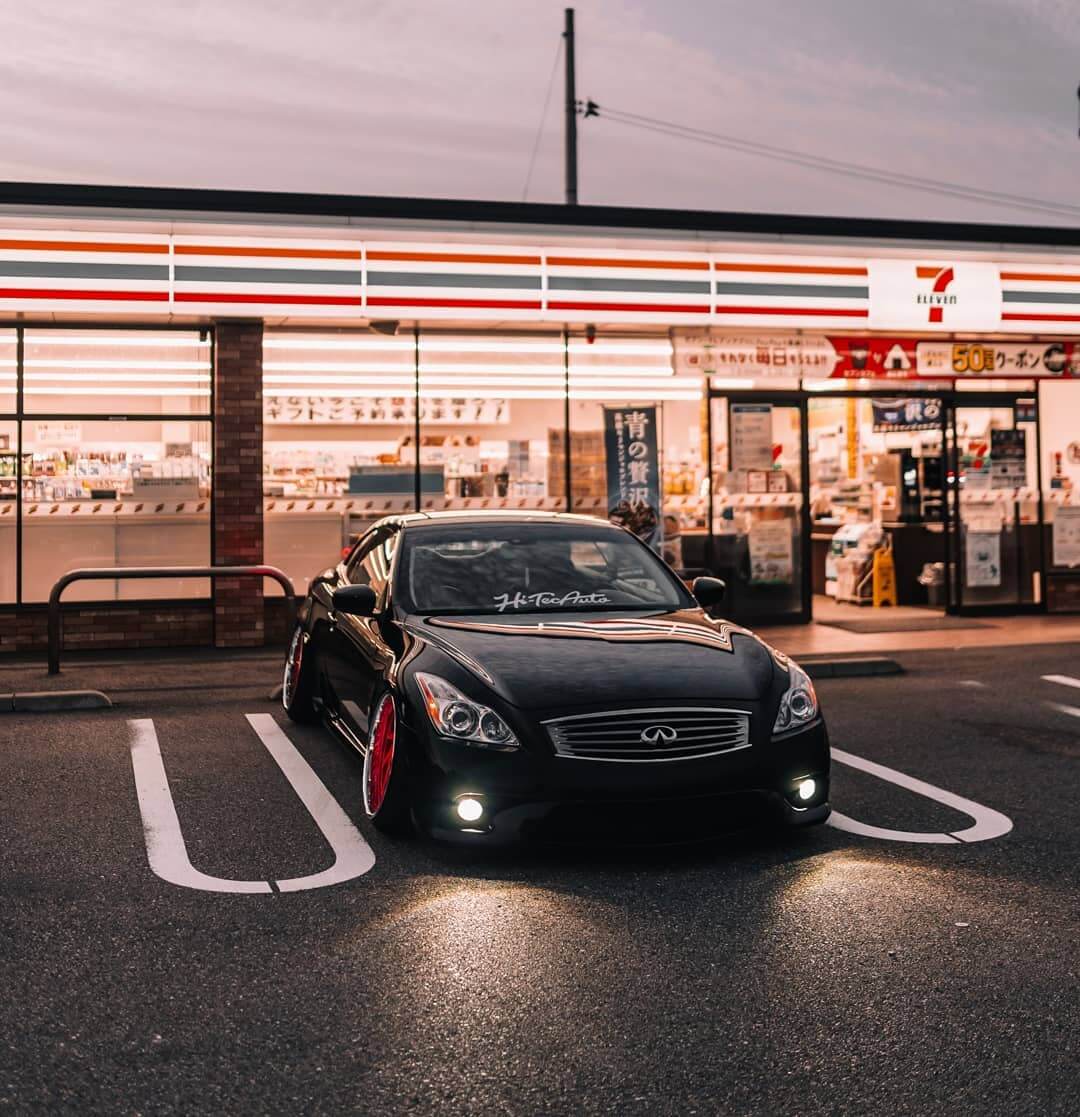 At some point of it’s life this stunning black G37 convertible was heavily modified by it’s owner, and the most extensive upgrades is certainly the suspension. Unlike many airlifted stance projects this car features a radically low static suspension and aggressively high negative camber required to fit the oversized wheels into the arches. The two-tone forged 3-piece custom wheels by Brada are sized 19×10.5 all around, with a -10mm offset on the front and -25mm on the back of the car. 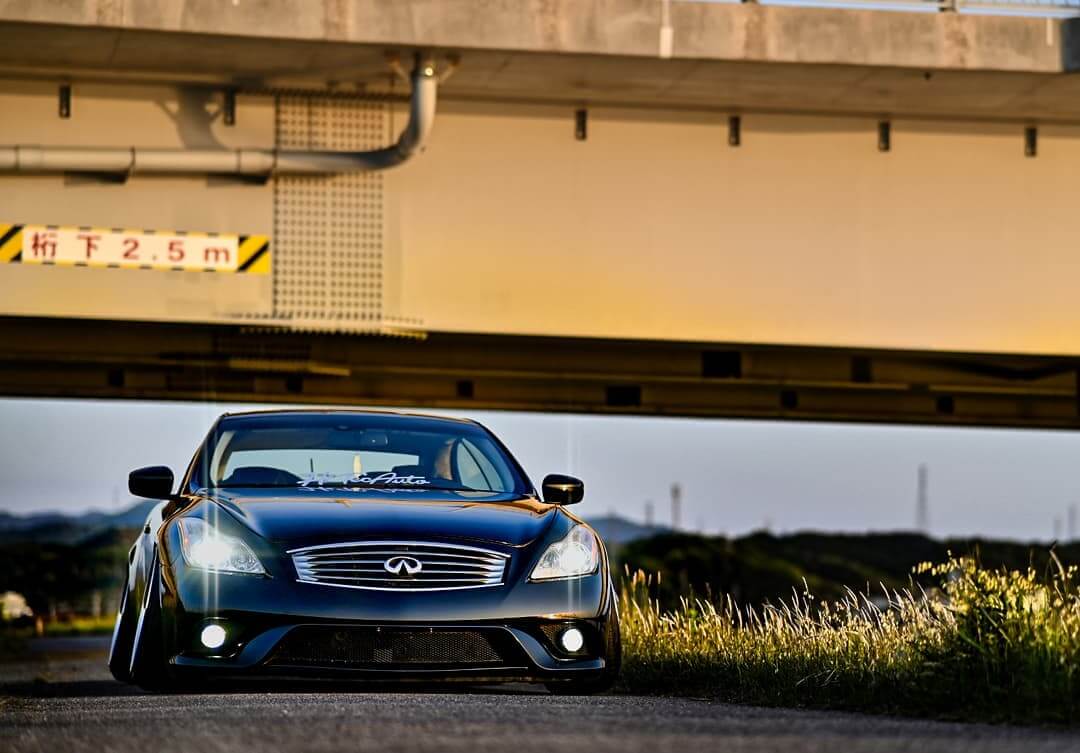 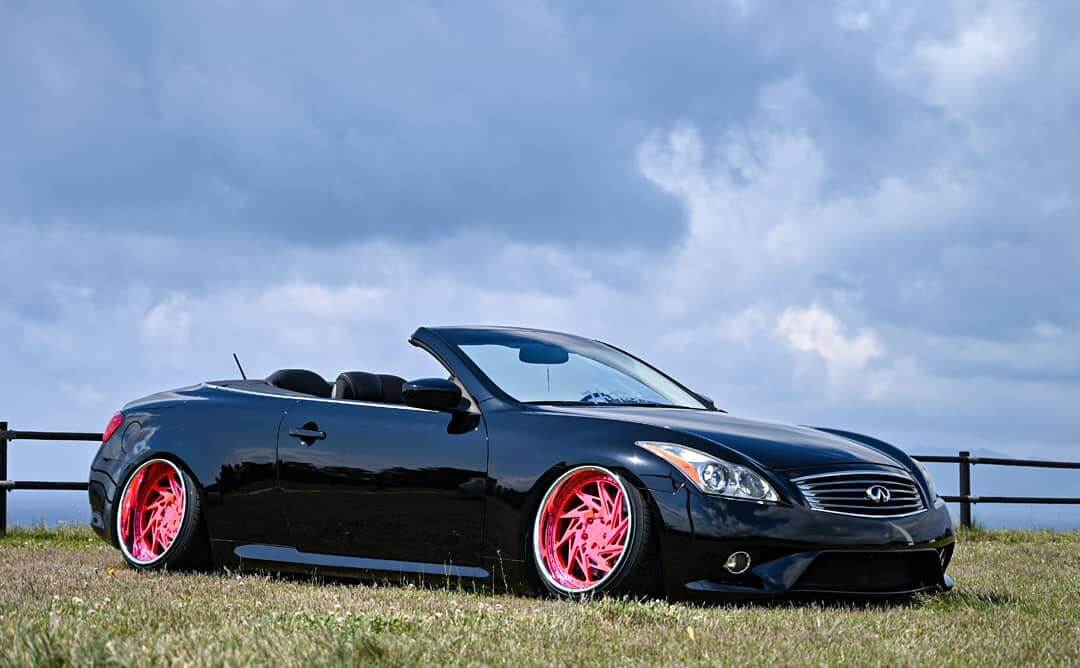